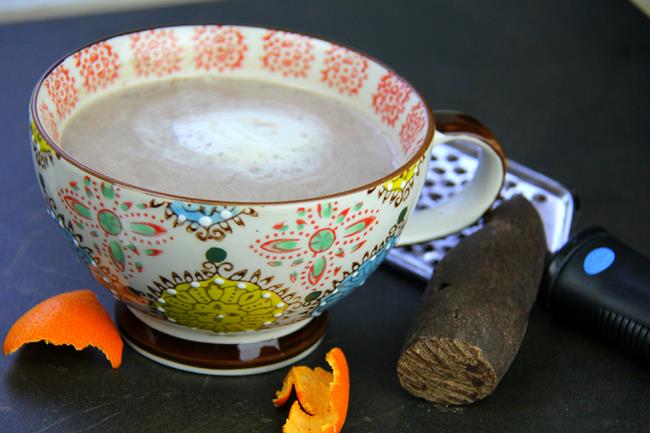 Did you know that any hot drink you have along with breakfast in the Caribbean is mainly refereed to as being ‘tea’? That said, here’s the most classic of Caribbean ‘tea”.. Cocoa Tea! My dad would tell me stories about when he lived with my great grandparents as the kid, on their cocoa and coffee estate in Trinidad and Tobago, and how rich and creamy his grandmother would make his tea in the morning. From the cocoa he would have helped to harvest and process the season before.

*The addition of the cardamon pods is not traditional.. I saw some in my spice drawer and knew it would be an excellent addition. I added some orange peel to the pot but it’s optional. Traditionally my mom would have dried orange peel in the kitchen (added) so I grew up appreciating that hint of citrus in my cocoa tea.

In a deep pot place all the ingredients (except the sweetened condensed milk) and bring to a boil on a medium flame. 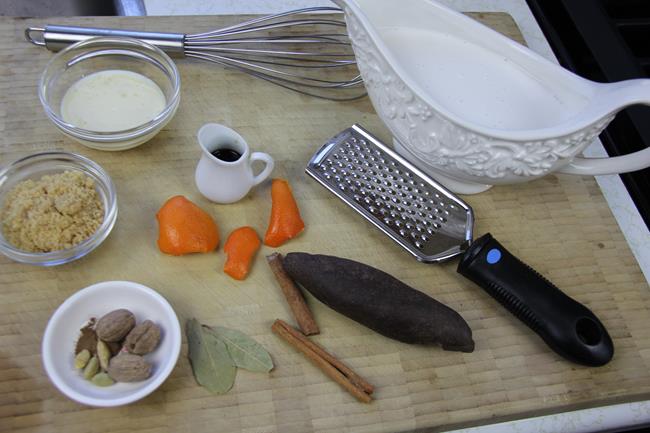 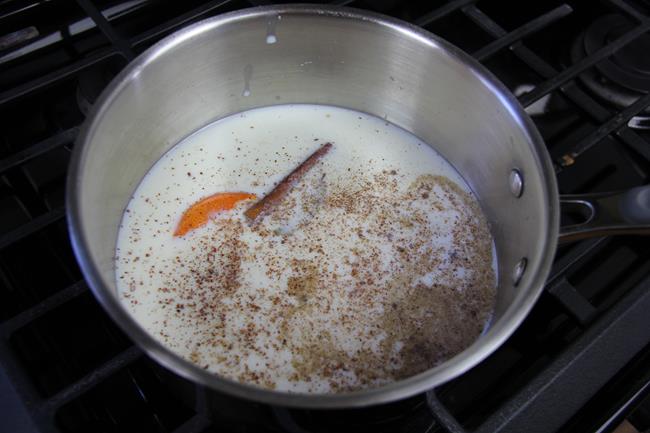 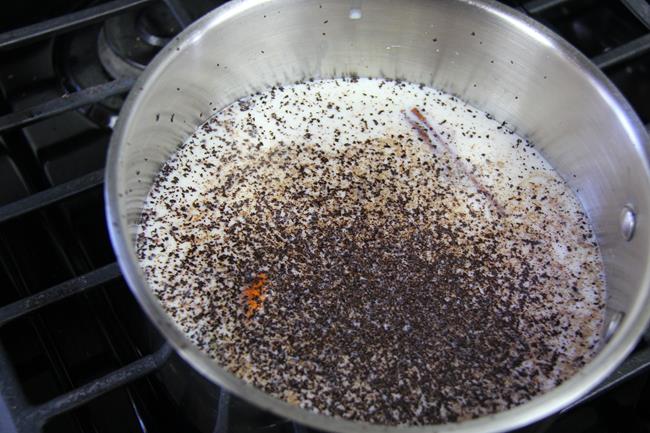 As it starts coming up to a boil, reduce the heat to a simmer (don’t boil vigorously) and whisk. 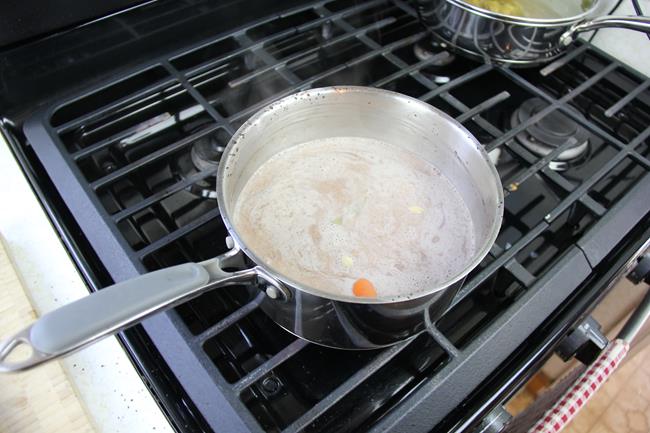 Simmer for 5 minutes, then add the condensed milk (adjust to your liking). Finally… strain and serve hot. 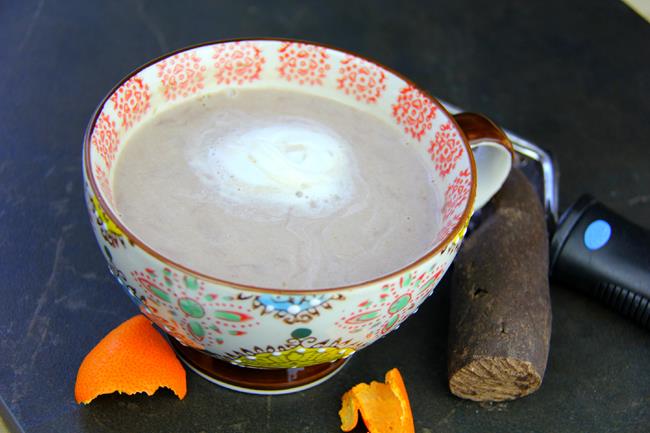 The cocoa stick I used (processed and shaped into the cigar shape) was a gift from my friend, who’s mom brought it back from Dominica. Most Caribbean grocery stores would usually stock this processed cocoa and if you’re traveling through the Caribbean, it’s usually found in those souvenir stores at the airports. If you choose to do this dairy free, you can substitute the milk with whatever your milk substitute of choice is and instead of the condensed milk you can use a good cane sugar, palm sugar or honey.  I won’t recommend using only coconut milk (as my great grandmother would) as it may cause your stomach to act-up.