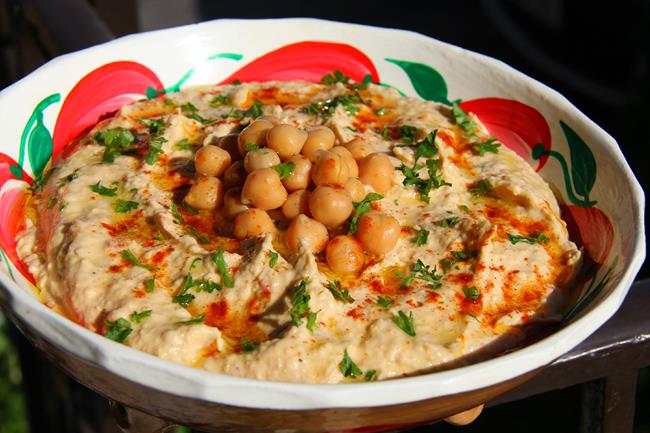 It’s funny how I kept telling people that I’m not a fan of Hummus and just didn’t understand the sort of current ‘Hummus Hype“..  until I started making my own. While Hummus may seem exotic, it’s probably one of the simplest recipes to put together. There’s no cooking involved, can be done in under 5 minutes and you can play around with flavors you like. In my case I like my Hummus to have a slight kick, with a subtle smoky undertone. Any excuse to put “Caribbean Sunshine” (scotch bonnet peppers) to use.

Important! If doing this hummus vegan or gluten free, please go through the entire list of ingredients to make sure the recipe meets with your specific vegan and/or gluten free dietary needs.

Drain and rinse the chickpeas (from a can) with cool water, then place in your food processor. 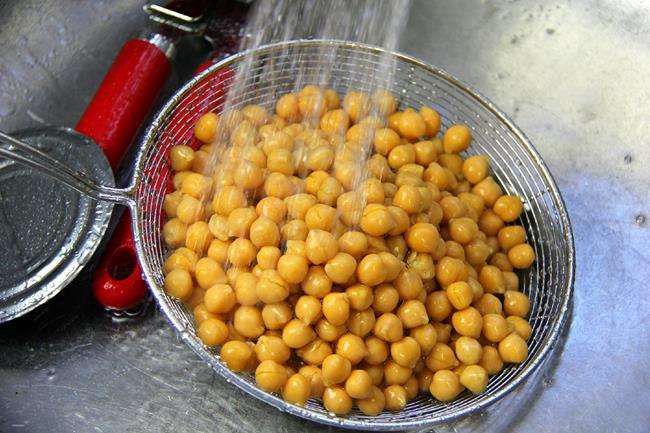 Char the scotch bonnet pepper (use any spicy pepper you like or have available) over an open flame. In my case I used a long tongs to hold the pepper in place directly over a burner on my stove. Should take less than a minute to char. set aside to cool. Remember if you’re using a metal tongs to be mindful that direct contact with the heat will make it go hot to touch. 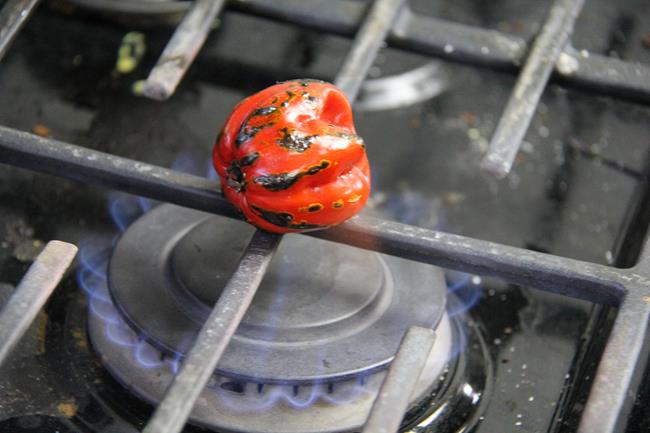 Smash the garlic and add it along with everything else to the food processor. When the scotch bonnet is cool enough to handle, remove the seeds and give it a rough chop before placing as much as you can handle into the food processor. Keep the seeds if you want it REALLY spicy. It’s VERY important that you wash your hands with soap and water immediately handing hot peppers. 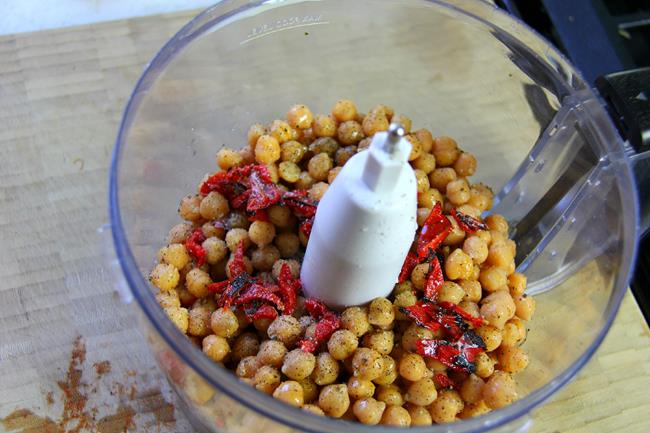 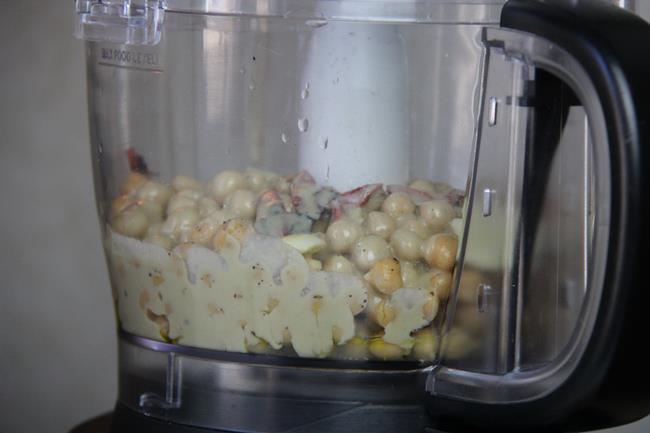 Pulse to start, then puree until smooth. You may need to push down the sides as you go along. Add a bit more water, oil or lemon juice if you find it’s overly thick. If you’re watching the video below, please note the ingredient list above was adjusted accordingly. 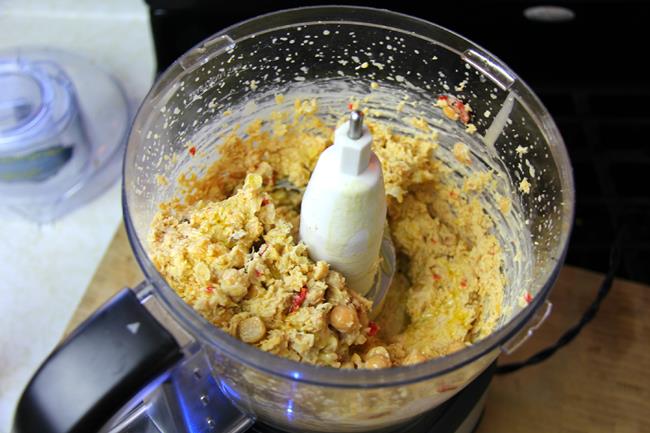 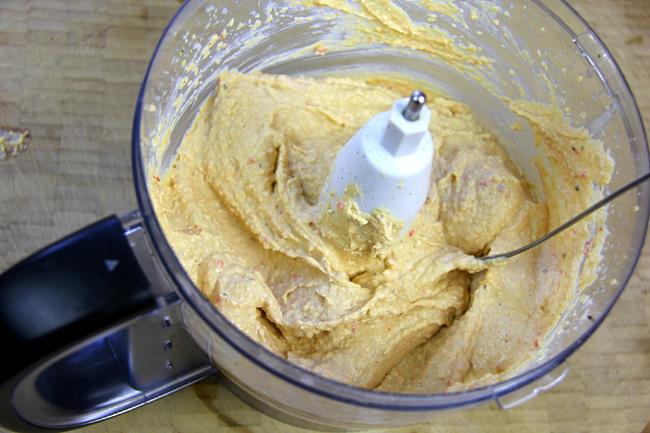 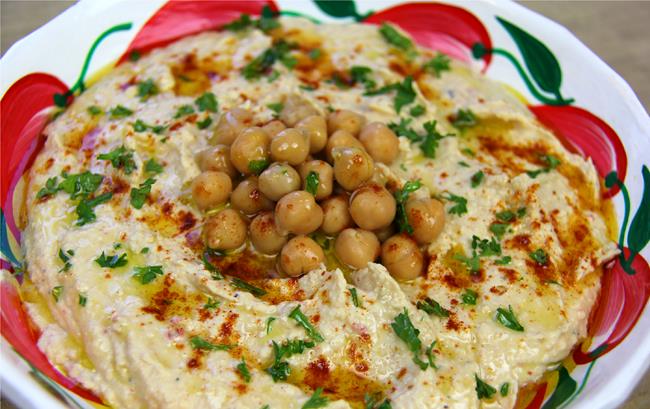 Pour into your serving bowl and garnish with some chopped parsley, paprika and a drizzle of olive oil. You can store this hummus in the fridge for a week or so (airtight container).

Did you know? The last group of immigrants (1904) to venture to colonial Trinidad originated in the region previously known as Greater Syria, which comprises of present day Iraq, Syria, Palestine and Lebanon. Many of the Lebanese hailed from the villages of Buhandoun and Amyoun while the Syrians came from villages in the ‘Valley of the Christians.’ These Arabs emigrated to the Caribbean from as early as 1904 in an attempt to escape religious persecution and economic hardship in their native countries.

Trinidad’s thriving economy, political stability and pristine environment proved to be the ideal location where these displaced Arabs could establish new lives.