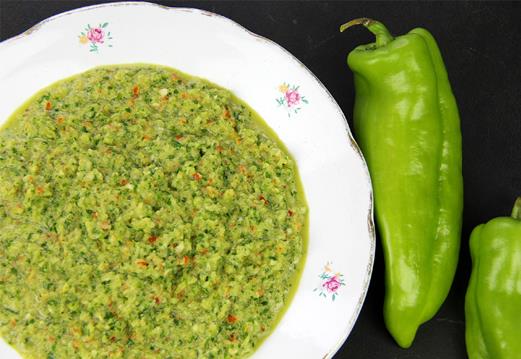 As we have Caribbean Green Seasoning as the base of many dishes in most of the Southern Caribbean, in the Spanish speaking Caribbean you’ll find Sofrito. An aromatic blend of herbs, garlic and seasoning peppers. A few years back while in old San Juan (Puerto Rico) I had a delightful rice dish at a small roadside vendor and she told me that the secret was all in the sofrito she started with. You will definitely find variations in the way sofrito is made as you make your way through Cuba, Puerto Rico and Dominican Republic, as everyone tend to have their own specific recipe. This recipe I’m about to share is as basic as sofrito comes and a great starting point.

Important – Typically a sort of seasoning pepper along with bell peppers are used in making traditional sofrito. Since I could not source the seasoning peppers I opted for the Cubanelle peppers as they do have a wonderful flavor about them and would give me the same texture of the bell peppers. 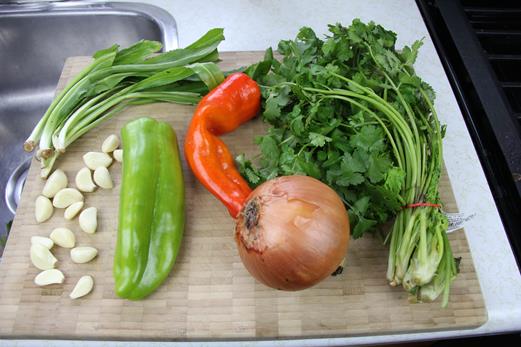 Give everything a rough chop and place in a food processor. You may find that some people use a blender and go with the puree setting. That is a personal choice. I much prefer my finished sofrito to have some texture to it, so I use a food processor and go a sort of pulse action. The olive oil is to help everything come together. 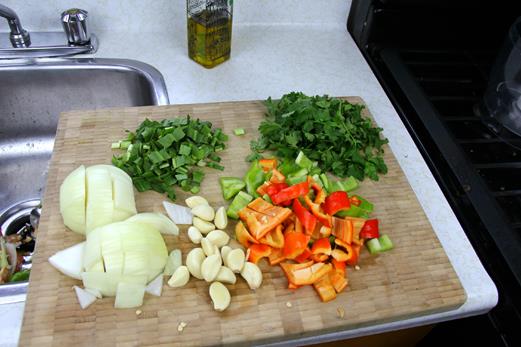 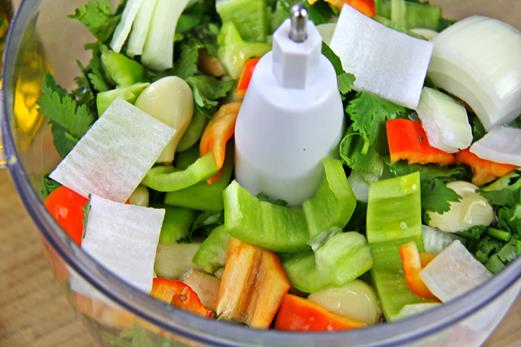 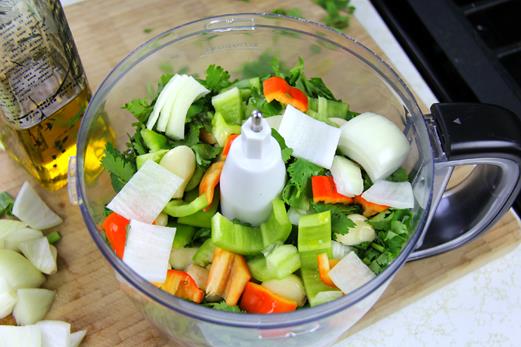 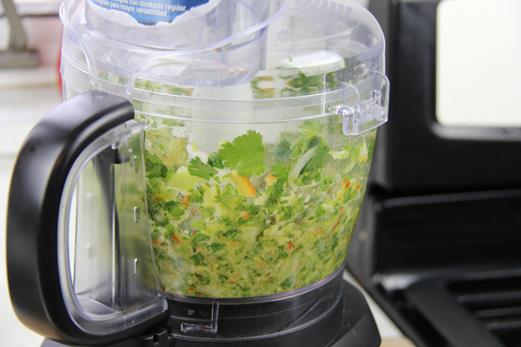 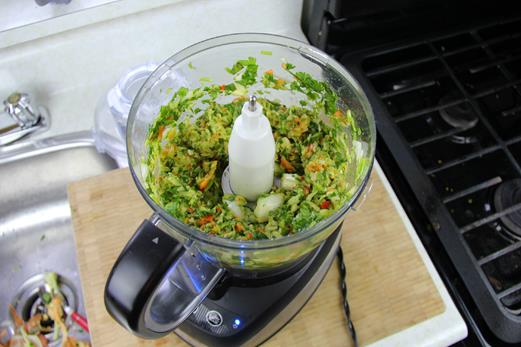 You will find that as you pulse it, it will tend to clump to the sides. Stop the machine and push down with a wooden spoon and pulse until everything comes together to a sort of coarse consistency. However, you can add a bit more olive oil and puree if you wish. 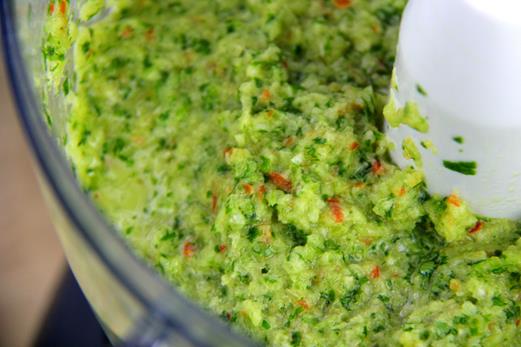 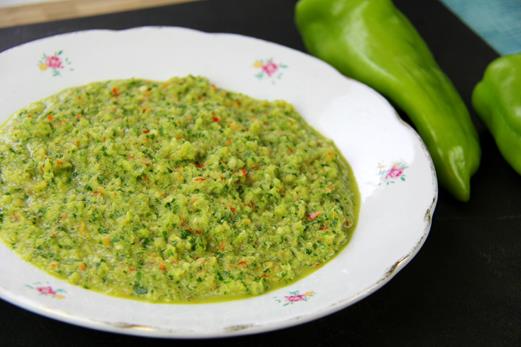 I usually store the finished sofrito in a jar in the fridge, but depending on how often you plan on using it you can freeze it in ice tray, then remove and place the frozen blocks in a freezer bag. Then when it’s time to use, simply take out as many blocks as you need and thaw/cook.

Here’s an amazing chicken dish I did using this sofrito as a marinade, Click To Watch:  Sofrito Pan Roasted Chicken Recipe. Hopefully I’ll have time in the coming weeks to upload the written version, so you can print it off, should you wish to do so. 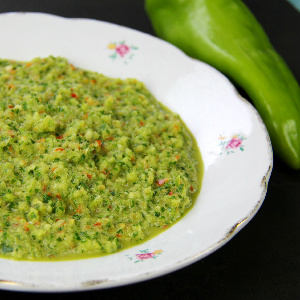