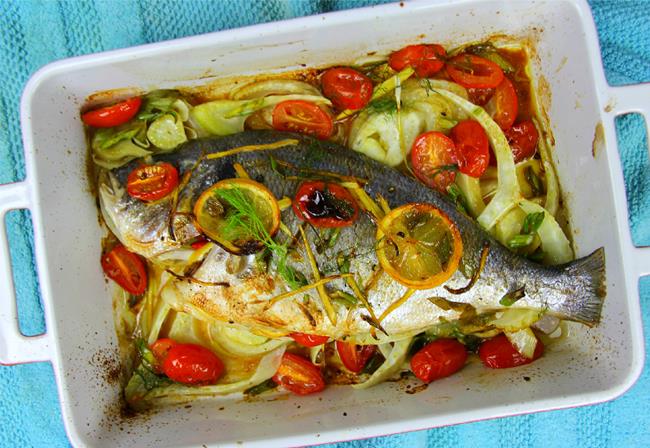 Did you get a chance to give the Caribbean Fish Stew Using Fresh Cod a test drive yet? As we continue in this #FishFrday mini-series, I’ve got a super simple way to do a whole fish in the oven. Using a Sea Bass (what’s on sale at the fish store currently) as our main ingredient, we’ll enhance things with some ginger, scallion, lemon and sliced fennel. Yea, the fennel was on sale so I was convinced by my wallet to bring it home from the grocery store. Since Fennel is not your typical “Caribbean” ingredient, you can use a large sliced onion instead.

Important: If doing this dish gluten free do go through the list of ingredients to make sure they meet with your specific gluten free dietary needs. Especially the Soy Sauce – get a gluten free version.

Prep your ingredients.. slice, julienne etc. Wash the fish (hopefully your fish market person would have cleaned it for you) and give it two cuts on the belly (each side). With the Fennel I removed the outer layer, gave it  a good wash and sliced about 1/2 cm thick. 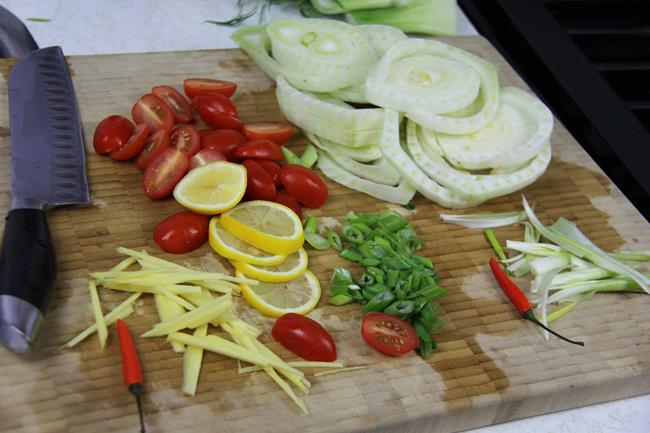 Drizzle about 2 tablespoons of olive oil in your roasting dish, place a layer of the sliced fennel and rest the fish on top of it. As we prep the fish, preheat your oven to 400 F.

Open the cavity of the fish and go in with half the salt and black pepper, then 3/4 of the ginger and white parts of the scallion. Then try to get some of the sliced cherry (I think I used grape) tomatoes, which I sliced in 1/2. Finally I tuck one bird’s eye pepper in for a little kick and two slices of the lemon for a citrus punch. 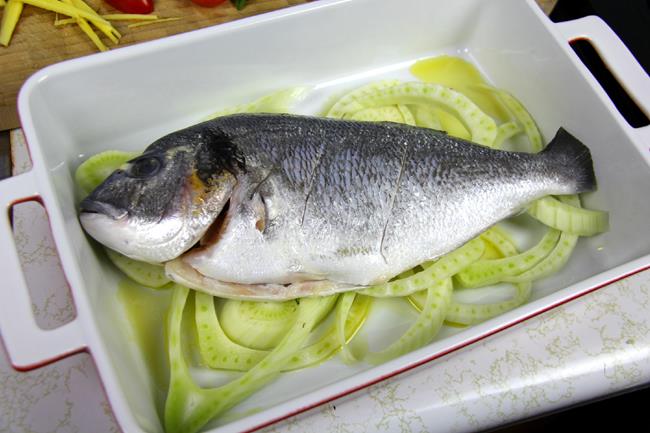 Basically all you have to do next is put everything remaining on top /side of the fish, drizzle the remaining olive oil and go in with the rest of the salt and black pepper. Be sure to drizzle on the light soy sauce over the fish as well.. the flavors will be insane! Then place on the middle rack of the oven uncovered for 25-30 minutes (depends on the size/thickness of your fish). 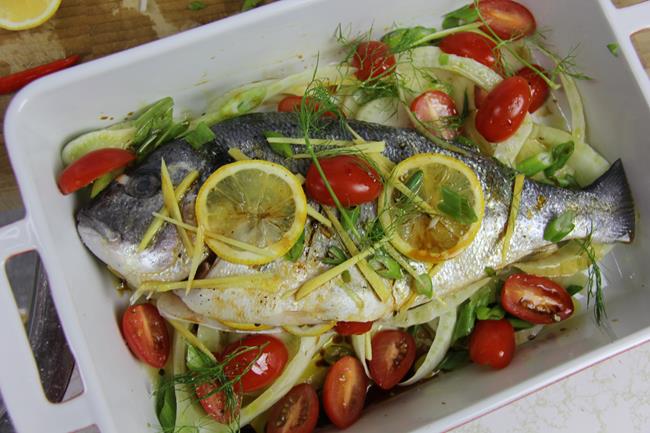 By roasting uncovered we’ll char the tomatoes so they’ll burst with sweetness. Finally after about 25 minutes, I cranked-up the heat to “broil” (about 525 F) for abut 5 minutes  to give everything a lovely color. 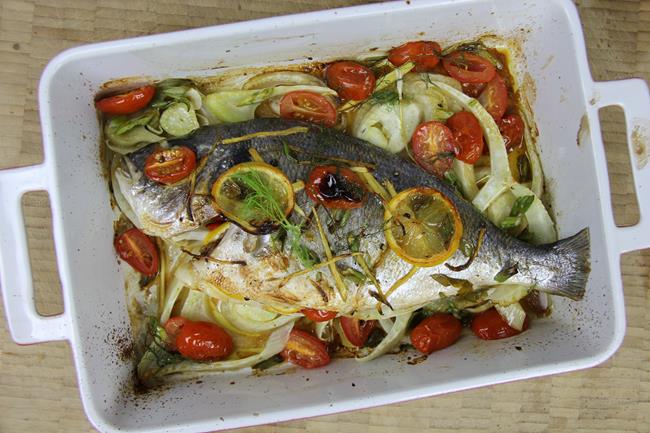 A tasty one-dish fish recipe which is super simple to make and looks absolutely stunning in that baking dish (I’m sure you’ll agree). Pescatarians, I’m sure you’ll jump on testing this recipe and for those of you doing the Lent thing.. yea, your boi Chris do read you email requests. You can certainly double up on the recipe if making more than one fish. If you decide to use a much larger fish, do increase the amount of salt and cooking time.


Got a question in regards to this recipe? Please tell us at Ask Chris.