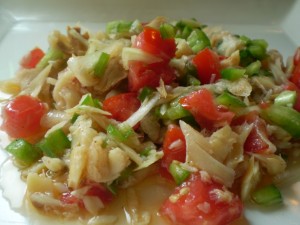 Though close to the real deal, this recipe is NOT how traditional saltfish buljol is made. My dad would tell us that his grandparents buljol was very simple.. shredded saltfish topped with hot oil. Sliced onions, hot peppers and tomato if you were lucky enough to have those things. In the Caribbean saltfish is “king”. Used on it’s own or as a flavour enhancer, it’s now found in many dishes up and down the Caribbean chain of islands. Gone are the days when saltfish was considered a “poor man’s” meal and ever since the decline of the cod population in eastern Canada, it’s become very expensive.

In my recipe I used salted Alaska pollock, but you’re free to use cod, hake or any other dried salted white fish you may have available to you. I would also recommend that you get the boneless variety to avoid having to remove the tiny bones when preparing this dish.

Place the salted fish in a deep bowl and boil enough water to completely cover it. After the water reaches boiling point (I use our electric kettle) pour it over the fish and allow it to soak for about 15 minutes or until it’s cool enough to work with. This water will help remove most of the “salt” that was used to cure the fish, or you’ll be stuck with a very salty dish. Not only does the hot water help remove the excess salt, it also makes the fish a bit tender and easier to shred.

Drain and rinse with tap water, then shred the fish into tiny bits. Try and squeeze out any remaining water that it may still have as best as possible. 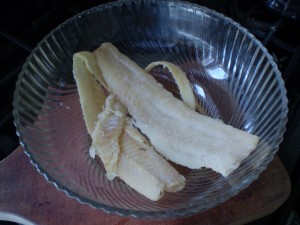 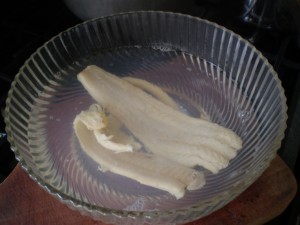 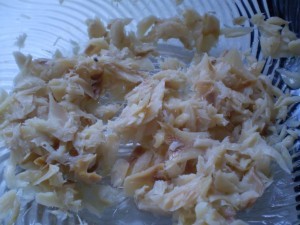 Now slice, dice and chop the pepper, onion, tomato, scallion and garlic and add to the bowl with the shredded saltfish. Give it a good dose of fresh cracked black pepper and mix. Finally, heat the olive oil in a frying an and just before it starts to smoke, pour the heated olive oil onto the everything in the bowl. Mix thoroughly and serve. 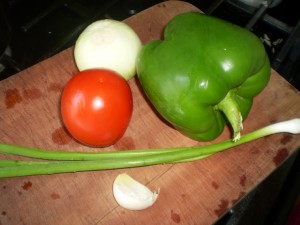 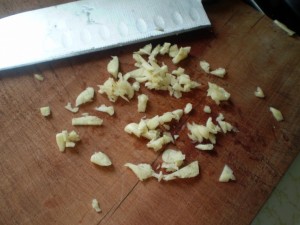 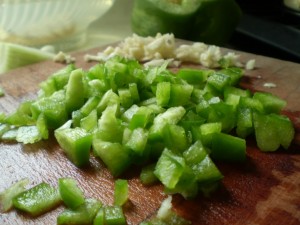 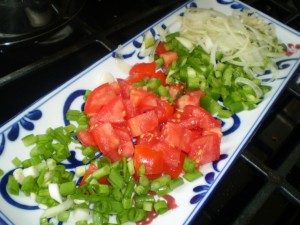 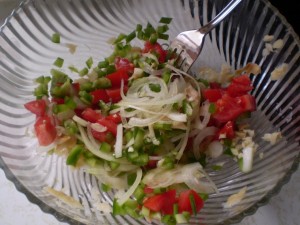 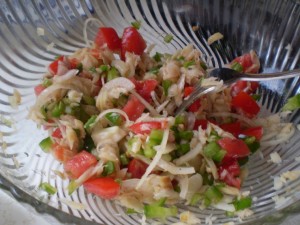 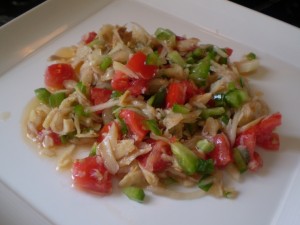 Saltfish buljol can be served with ground provisions, rice and dhal, stuffed into fry bake, on sandwiches and as a topping for crackers. Add a bit more tomato, green and red bell peppers and toss in some shredded cabbage and you’ll have a great salad.

Please leave me your comments below.