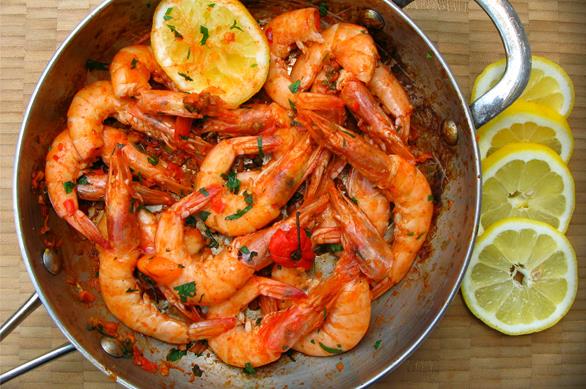 The call went out via the Facebook Fan Page a couple days back and within seconds I had a delicious sounding recipe, rearing to go for Jamaican style pepper shrimp. Last Spring after we came back from of Jamaican trek, one of the first questions I got asked was “did you try any pepper shrimp?” Must have been all the Guinness, but I still can’t remember coming across pepper shrimp while on the island. However, speaking with our friends who we traveled with, they assured me that several times we were approached by ladies selling them in little plastic bags on the side of the road. The home of pepper shrimp in Jamaica is “Middle Quarters” (Saint Elizabeth Parish) and though their method of preparing them is a bit different that what I’m about to share with you, Christine who sent me this recipe assures me that this recipe will rival any found on the island.

Note: Traditionally parsley and paprika are not used in this dish, however I love the brightness the parsley brings and the sort of smokey undertones from the paprika is a good addition. In true Jamaican fashion, I’m sure a dash of pimento (allspice) would be a good inclusion as well. In the video for this recipe I mentioned that I used 1/2 teaspoon salt, but I felt I had to adjust that to 3/4 teaspoon after tasting the finished dish. You’ll also notice that I used a habanero pepper, but in the Caribbean scotch bonnets are the peppers of choice.

You’ll notice that I used whole shrimp, with the head still attached and in it’s sort of shell. This is the way it’s traditionally done in Jamaica, plus I love the sweetness of the shrimp when it’s cooked this way. The shrimp steams in it’s own shell and this process seems to heighten the rich flavor of the overall dish. I hate seeing the legs and antennae sort of thing, so using my kitchen scissors I trimmed those out. I then gave the now trimmed shrimp a good rinse and allowed them to drain. 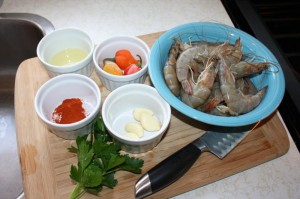 TIP: When handling the shrimp and/or the hot pepper you may want to wear gloves.

Next up I gave the garlic and pepper a very fine dice, as I didn’t want to get big pieces of pepper or garlic when eating. To control the heat, you can certainly remove the seeds from the pepper and discard. The seeds and white membrane surrounding the seeds is where most of the heat is. 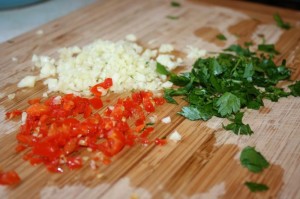 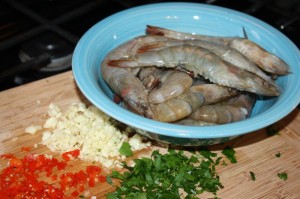 Heat a pan on med/high heat (no oil necessary as we’ll be sort of scalding the shrimp), then add the shrimp and give it a good stir. Now add the garlic, pepper, salt and paprika and stir well to coat everything. 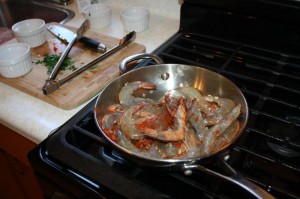 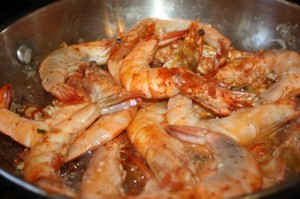 As the shrimp cooks (remember to keep stirring) you’ll notice the color will go to a bright sort of orange color. You can place a lid on the pot for about a minute or two if you’d like. After 3 minutes you can add the lemon juice. This bit of liquid will help release some of the garlic and pepper which by now is probably sticking to the bottom of the pan. The shrimp will also let out it’s own juices, so there’s no need for any other liquid. Try not to overcook the shrimp or you’ll risk them going rubbery. Within 7 minutes or so and my shrimp were done.

Top with the chopped parsley, give it a final stir and get ready to serve. 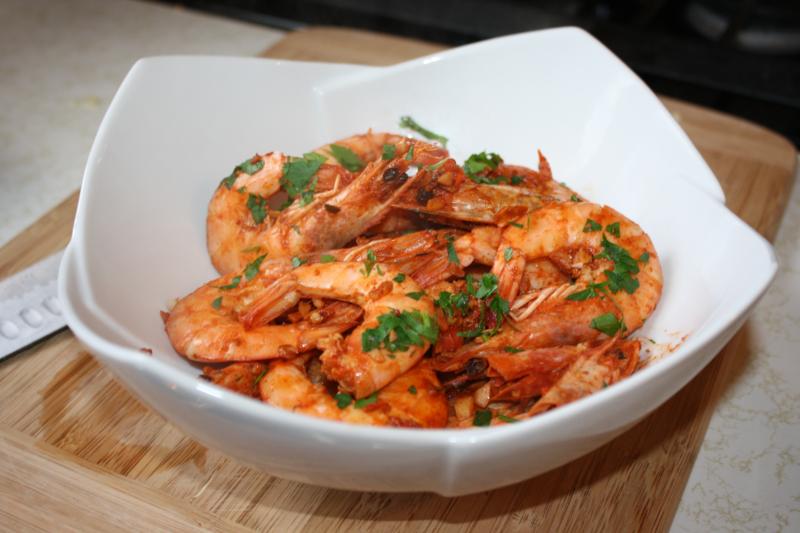 This a wonderful spicy snack that’s great when having some drinks with friends, or as in my case… reminiscing about a great Jamaican vacation. Remember to check out the ladies in Middle Quarters when you visit Jamaica next and tell them Chris @ CaribbeanPot.com said to look them up for the best pepper shrimp on the island. 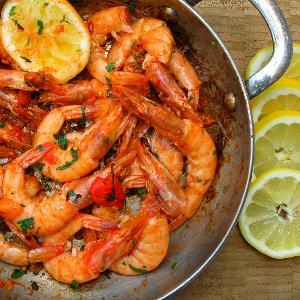