I think I was about 9 years old the very first time I had the opportunity to sample one of the Friday night rituals in Marabella. A small town, known for it’s vibrant weekend market and the hub for oil workers after work on a Friday evening. That ritual being “oyster cocktails”. A spicy drink made from oysters harvested that day in the Gulf Of Paria (eastern shores of Trinidad). You’d go over to the stall that sold it and had to choose how spicy, how large and what type of additional seasons you wanted as you placed your order. Street food at it’s best!

The stalls would be lined up around the same area (Marabella round-about)  that had people also selling doubles, roast corn, black pudding and many other delectable delights! The hardest thing was deciding which option to go with. However, the Oyster Cocktail was merely used as an appetizer… as far as I knew. Later on I learned that the older folks considered it an aphrodisiac and those with “plans” would stop by here first before going on their mission.

It’s been more than 20 years since I last had this, so what you’re about to experience is all from memory and what I could recall tasting (ingredients). I’m sure you may have a different version and I do encourage you to post yours in the comments box below.

1 clove of garlic (crushed, then minced)

dash salt (as to your liking)

Start by taking the oyster flesh from within the shell… if you notice there’s liquid in the shell, do keep that. Pour the oyster and any juices into a small container. 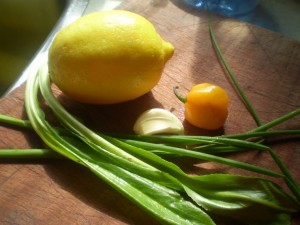 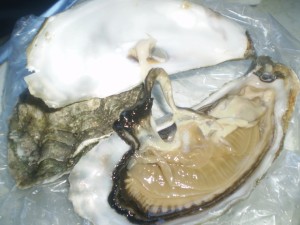 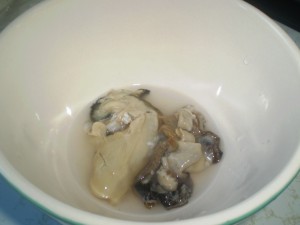 Now start by mincing all the ingredients into very small pieces. (garlic, chives, tomato, shado beni and habanero – include the seeds for that extra PUNCH!) 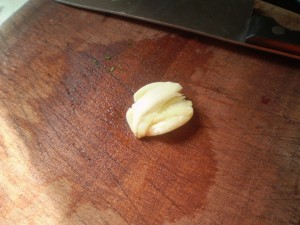 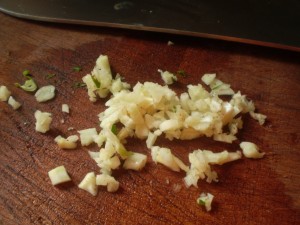 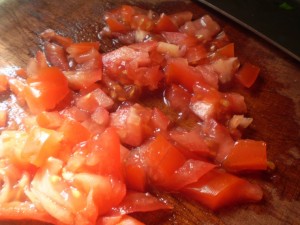 Place all the minced items in a bowl. 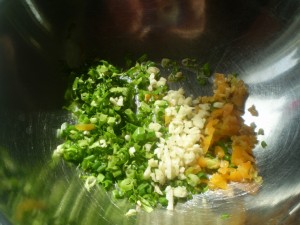 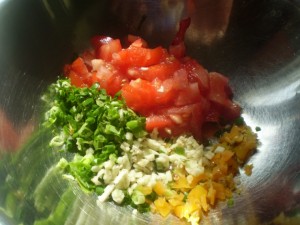 Go back to the bowl you have the Oysters in and place in on a cutting surface. Like everything else, you want to mince the 2 oysters as well. 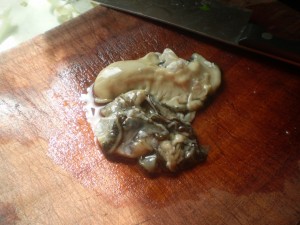 Add everything into the bowl. Remember to get the oyster juice from the original container you had the oysters sitting in before you minced them. Now all the other ingredients, including the juice of the lime and lemon. Don’t forget the water and to taste for salt. 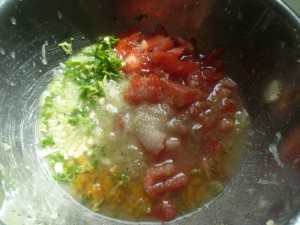 Mix everything around and allow to marinate a bit. I usually place it in a plastic container with a screw type lid into the fridge. How to serve? Get out those fancy “shot” glasses you’ve been collecting and fill each with a shot of this spicy aphrodisiac, then just before dinner serve chilled. BTW, do you see the similarity to ceviche?