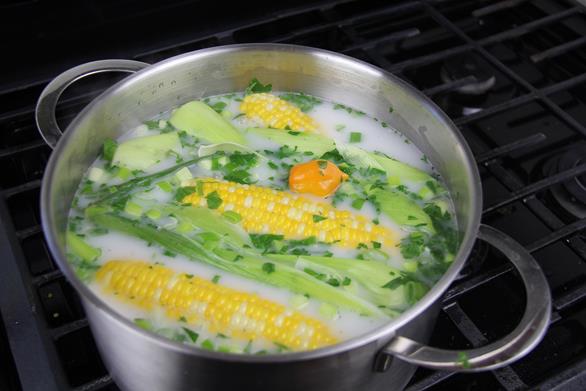 One of the fondest memories I have growing up on the islands was corn season. We always had a small patch of corn planted among the pigeon peas at the back of our home, so come harvest time, we’d indulge is some of the sweetest corn one could imagine. A combination of intense Caribbean sunshine and no use of fertilizers or pesticides meant we tasted corn how it was meant to taste (non GMO too!). However, the BEST corn I ever had was from the vendors who would have their stalls set up at football (soccer) games in Gasparillo (small town in south Trinidad) where we’d go to play night-football. The kernels would just explode with flavors beyond the natural sweetness of the corn, from the way the corn was prepared. 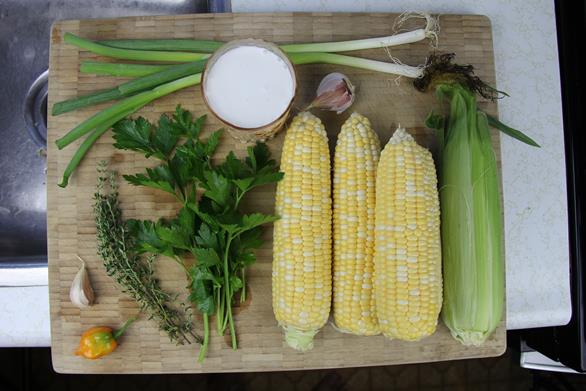 * Try to get the corn with the husk (outer leaves) still on. Remove the husk and silk, then rinse with water and place in a deep pot. Give the garlic, parsley, thyme and scallions a rough chop then place on top of the corn along with the shado beni (use cilantro if you cannot get shado beni) and black pepper.  Now go in with cool water, but leave enough room for the two cups of coconut milk. 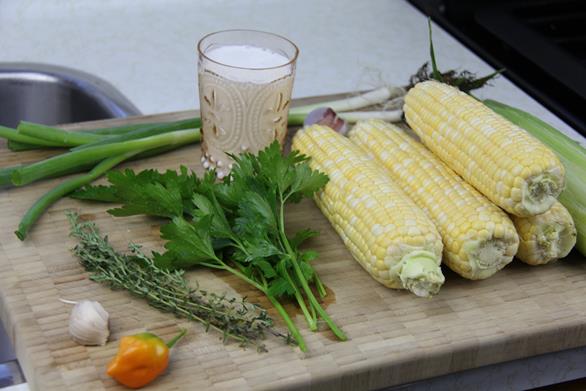 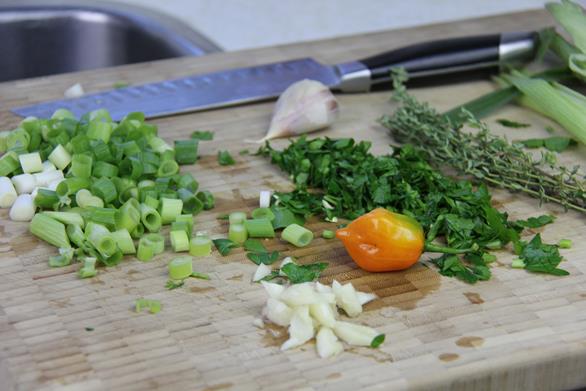 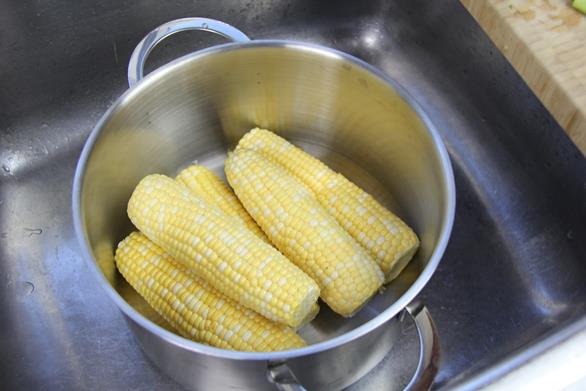 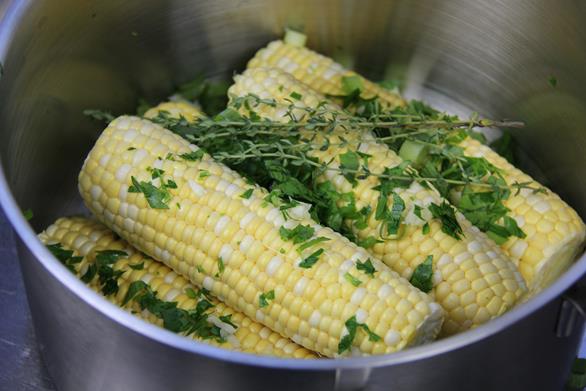 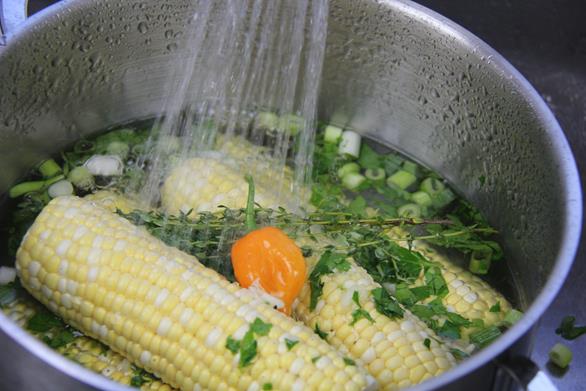 Add the scotch bonnet pepper whole, as we want the flavors from it, but not the raw heat. If you enjoy such heat.. go ahead and burst it open while the corn boils.. but be warned! Now place some of the corn’s husk on top of the pot, place the lid and bring to a boil. Then remove the lid and reduce the heat to a rolling boil. 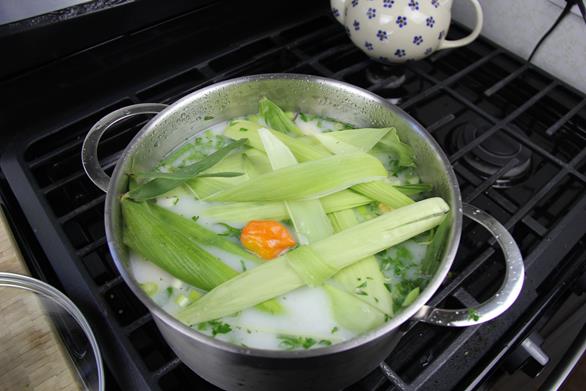 Please bear in mind that I do NOT like adding salt to corn so you will have to add some if that is your thing. I much prefer to enjoy the herbal notes and natural sweetness of the corn. Additionally, I used “sweet corn’ in this recipe so after about 6-10 minutes they were perfectly cooked. If you’re using the typical Caribbean corn, it will take a bit longer to cook. 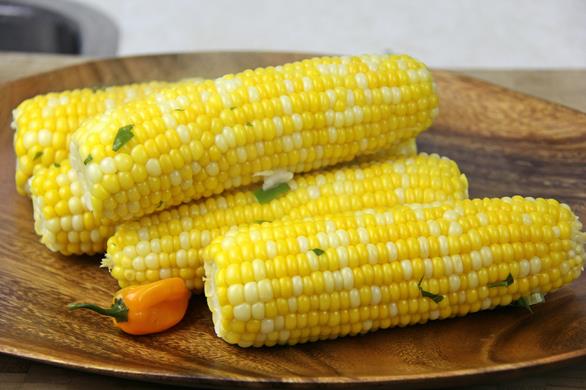 NO! You do not need any butter for these when you’re ready to serve them. The coconut milk will add a surprising buttery richness to the finished corn and those herbs will have your taste-buds screaming for more. I assure you there’s no better way to enjoy corn on the cob.

Note: I’ve listed this recipe under gluten free as well as I know that many who suffer from Celiac disease can tolerate corn. After boiling you can cut the kernels off and serve them as a corn salad? 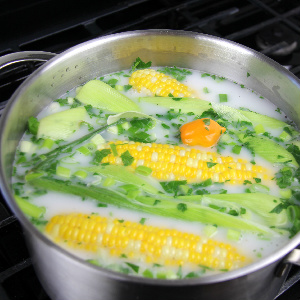