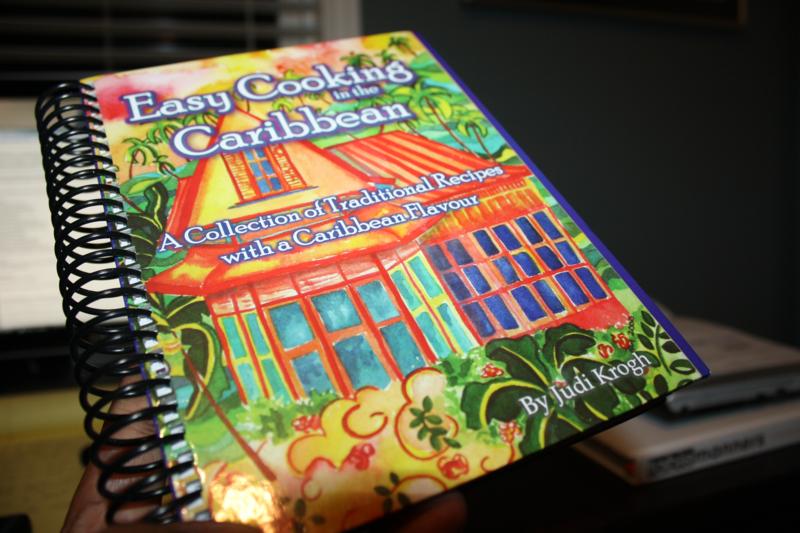 My exposure to non-traditional Caribbean food didn’t take foot until I left the shores of beautiful Trinidad and Tobago about two decades ago. Local ingredients, prepared as my grandmother and her grandmother before her would… passed onto my mom and dad (he wasn’t allowed much in the kitchen as it was just a mess waiting to happen.. though he has some skills) was the norm. The odd time we would eat out would mean either buying “chicken and chips”, locally influenced Chinese food from trucks around “Library Corner” in San Fernando or one of the many Chinese restaurants run by descendants of the Chinese immigrants who came from Macao, Penang and Canton to boost the labor force dating back to 1806.

For the average Tribagonian, the closest we came to enjoying dishes not heavily influenced by Caribbean traditions was the cooking show hosted by Silvia Hunt on TTT, which I must confess played a part in what I do today. I still remember seeing her make Shepard’s Pie and wanting to give that a try. There were some restaurants with an international flair, but not as much as there are today. Whenever we go back for a visit we try our best to hit the “Avenue” and with a sort of envy I look at all the dining options available on the islands now. I’m sure the same can be said about all the islands which make up the Caribbean. Today I see a huge shift in both the foods we enjoy at home as well as in the restaurants, where it’s now quite common to see huge lines outside international restaurants. Not only do we have an assortment of global flavors to enjoy, there’s also a fusion of foods happening with great success and I’ve also noticed a new appreciation for our local and traditional dishes. All sharing the same popularity in an industry that’s going though a sort of revolution (more on that another time). 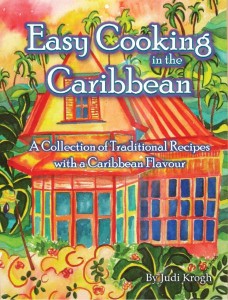 About 6 months ago I was introduced to the work and life story of Judi Krogh via a feature the Trinidad Guardian (newspaper) ran and looking back now, I believe I may have stumbled onto the article in their archives since the article was published in May 2008. I then got in contact with her daughter Dallison (yea, Facebook does serve a purpose), who was very approachable and willing to help me understand the inspiration behind her moms work.

Browsing though “Easy Cooking In The Caribbean A Collection Of Traditional Recipes With A Caribbean Flavour”  which became a sort of family effort near the end, I then realize that there were many Trinbagonians enjoying dishes which would not be considered “traditional” on their dinner tables. So whenever I post a recipe and I get people telling me that “this is not Caribbean” I’ll have to ask them to describe what a Caribbean dish is. Is it not dishes we enjoy in the Caribbean?

Before I touch on the content of the book and my overall thoughts, I’ll get Judi’s son Jonathan Krogh to tell us a bit about his mom and her masterpiece…

Easy Cooking in the Caribbean, by Judi Krogh, was published in 2007 after a lifetime of preparation.  This selection of traditional Caribbean home recipes represents a cross section of Judi’s decades of collecting and refining her gourmet home cooking.  They were chosen as recipes that use commonly available ingredients, are easy to follow, and taste great.  They appeal both to experienced and new cooks, both within the Caribbean region and far beyond.

Since her teenaged years, much to her family’s delight, Judi relentlessly worked to perfect every recipe that she ever became interested in, often declaring that she would someday write the ultimate home cookbook.  As the decades passed by, her family, still delighted by ongoing refinements, teased that she would never get around to writing her book.

It was unfortunate circumstances that brought about a change, as Judi was diagnosed in 2006 with kidney cancer.  After being bedridden for some time, she decided to look on the bright side that she finally had time on her hands to make her lifelong dream a reality.  Then began the process of sorting through her many folders of handwritten notes, choosing recipes, test cooking various versions of each, and transcribing them into a final manuscript.  Much help was needed, and her daughters Dallison and Gylla, and her sister Margaret Rodriguez were recruited to carry out these tasks and arrange publishing and marketing of the finished product.

Sadly Judi succumbed to her illness in 2010, but there is great pride, joy and satisfaction in her family’s achievement of helping to making her cookbook a reality, making her dream come true, and continuing to share with the world her culinary delights. – Jonathan Krogh. 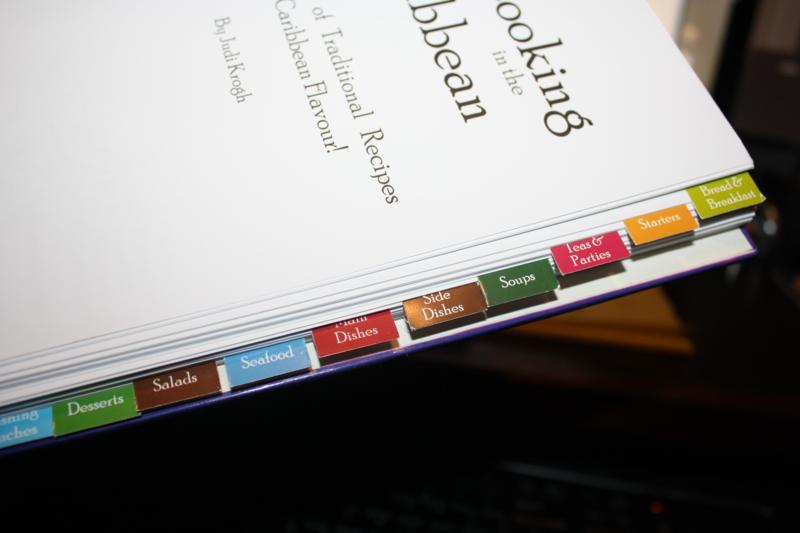 The beauty about this book is that the legacy of Judi will live on not only in the people who’s lives she’s touch along the way, but now others will get to know her on a different level… the kitchen. A place where there’s much love, laughter and overall good times. Where else can you find a recipe for Aloo Pies and and Artichoke Dip on the same page? Easy Cooking In The Caribbean is truly the reflection of years of accumulating and perfecting recipes which not only echo the essence of the Caribbean, but you’re also taken on a culinary tour of the world. There’s Liver Pate and Humus within the “starters’ section, followed closely by Trinidad Fruit Cake and Rum Cake within the section dedicated to “Teas and Parties”.

The book itself is well produced, with a beautiful hard cover that’s very sturdy and held together by a sort of ring binding. The inner pages are also of good stock paper and I get the feeling that if you were to make a spill while cooking, it would be very easy to clean. I’m not about to spill anything on my copy to prove my theory correct though. I just love the way the book is divided with tabs which are color coordinated and broken up by sections… Desserts, Salads, Seafood… etc. The recipes themselves are very easy to follow and another thing which is apparent.. Judi included recipes where the ingredients are easy to come by and you’re not set on a treasure hunt for them. Looking at her Fanciful Chicken Pelau, Moroccan Chicken or Poulet Basquaise and I can say that I currently have all the ingredients in my kitchen if I want to give one of these recipes a test drive. If you’re wondering what a Fanciful Pelau is, you’ll have to get your own copy of the book! Just kidding… it’s Judi’s take on one of the most traditional of dishes in Trinbago, with the addition of raisins and stuffed olives. 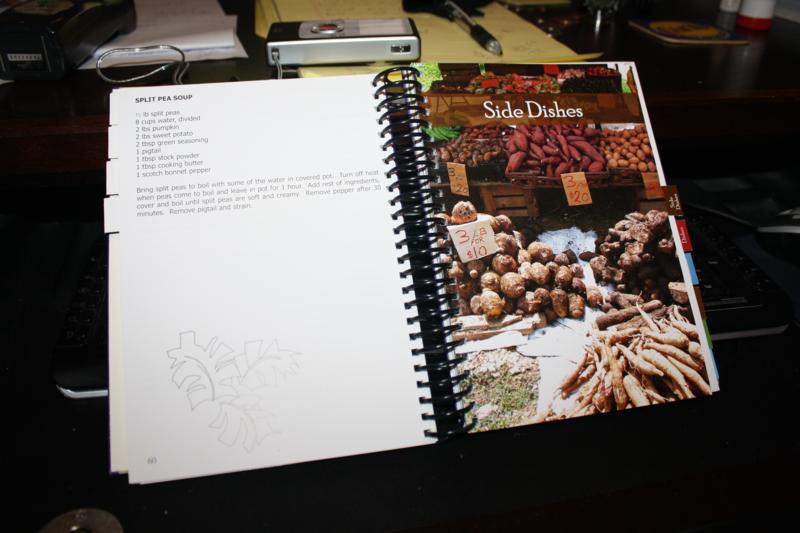 With the wide selection of recipes, the fact that they use ingredients which are easy to source and the creative way Judi instructs you how to prepare them without sounding technical or something you’ll fail at, I highly recommend you grab a copy of Easy Cooking In The Caribbean. I’m sure you can get region specific cookbooks, but these are the same recipes you’ll find in those books, expect these recipes all have a sort of imaginative Caribbean twist to them. Just looking at the Seafood Thermidor and you’ll see how Judi includes the use of pimentos (a flavor pepper we Trinibagonias would argue to be the one ingredient which gives our food that unique fragrance) in a classic French dish.

At $150 TT, this book is a definite steal and can be purchased at the following locations…

ALSO AVAILABLE FOR DELIVERY WITHIN NORTH AMERICA:
Contact Pat Gonsalves at [email protected]  – At a special price of US$20.00 (not inclusive of delivery charges)

Should you have any questions you can certainly contact me or you can get in contact with Dallison Krogh at [email protected] You can also check out their Facebook page at: https://www.facebook.com/home.php#!/group.php?gid=19645144856 remember to post on the wall that Chris at CaribbeanPot.com sent you over.

Special mention and kudos to everyone involved in the production of Easy Cooking In The Caribbean as I thoroughly enjoy using this book and like the many others who own a copy, I’m truly appreciative of your efforts.