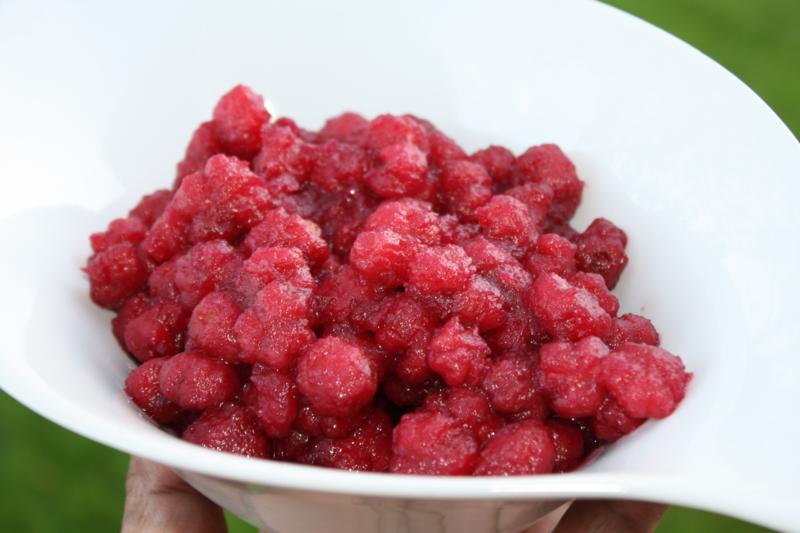 Depending on which island you’re from you may have a different name for these sour cherries as I found out when I posted a pic to the facebook fan page. However, one thing is common throughout the Caribbean.. the way we prepare this sour cherry jam. Sour is usually the word we use as North Americans would use “tart” to describe the taste or flavor of something. So with that in mind, I must say that these cherries are good for two things.. making chow ( a spicy pickle) and for stewing down into this crude form of jam. Too sour to do much else.

A rather simple recipe which takes me back to my school boy days, when my daily allowance would be spent on a portion of these from the vendors outside the school compound in San Fernando, during recess break.

Notes: Please allow this cherry jam to cool fully before serving.. it will be very hot. Though this is considered a jam it will have the seeds, so be aware when eating. 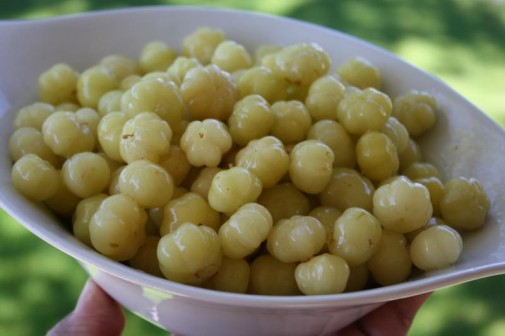 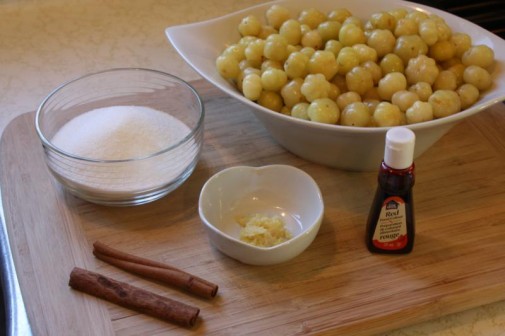 We first have to take some of the “sour” out of the cherries, so put the cherries into a deep pan, cover with water and bring to a boil. Not only will we remove the tart taste, we’ll also get the sour cherries very tender. Let it go on a rolling boil for 20 minutes, then take off the heat, strain and get ready for the next step. 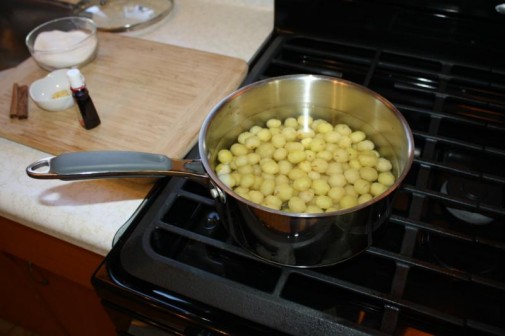 Then pour the now cooked cherries into a saucepan on low heat and add the sugar, pinch of salt, cinnamon, ginger, 1 cup of water and red food colouring. Bring this up to a boil, then reduce to a gentle simmer. 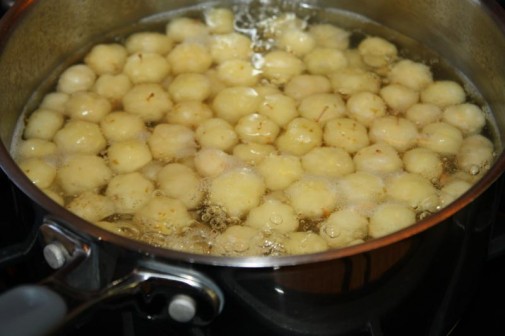 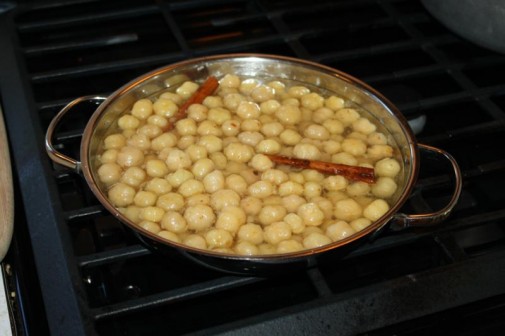 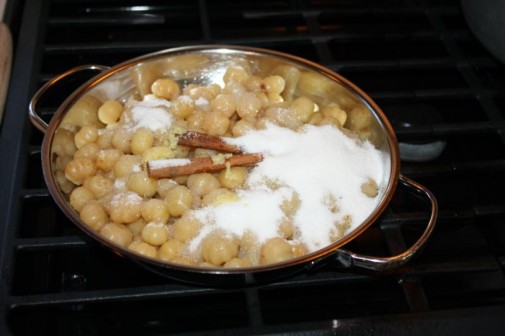 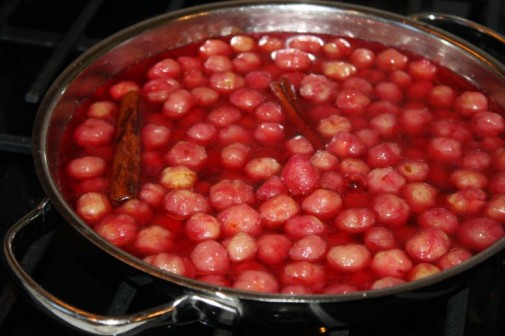 As this sour cherry jam stews down, it will get infused by the lovely aromas of the cinnamon and ginger and the sugar will give it that lovely balance good jam should have. Allow this to simmer for 30 minutes with the saucepan covered. Remember to stir every 7-10 minutes. By now the cherries should have absorbed the rich red color (as it would be done traditionally) and start to fall apart from being very tender. The goal now is to thicken the liquid, so remove the lid and cinnamon sticks, then turn up the heat. When it starts off it will not be as red, but the more it stews down, it will intensify. So if you need to add more food coloring (if you want it more red), add near the end so you can gauge how red it is better.

As it thickens, do taste for sugar and adjust accordingly. I ended up adding 2 extra tablespoons of sugar to my batch. Since your cherries may be more sour (or sweet) than the ones I used (no 2 are the same), you may have to add some sugar. Yes, you can use brown sugar if you wish. It will take about 5 minutes for the sauce to thicken up, but try not to burn off all the liquid as it will thicken up when it cools down. 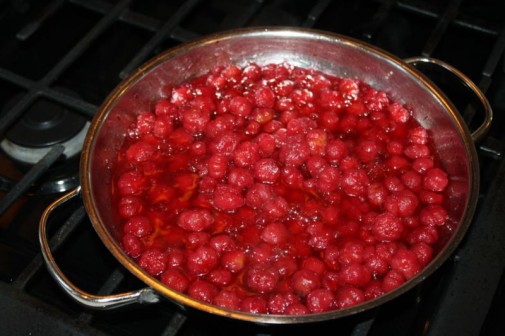 Unlike other jams, this sour cherry jam is not a spreadable jam as there is a seed in every cherry and more for snacking.. unless you know of a way to de-seed the cherries (do share with me) and as I mentioned above.. do let it cool before sampling. You can bottle and store this in the fridge for a couple months, but I know it will be gone before then.

I’d love to know what name you know these sour cherries as and do say which island you’re from, in your comments below.