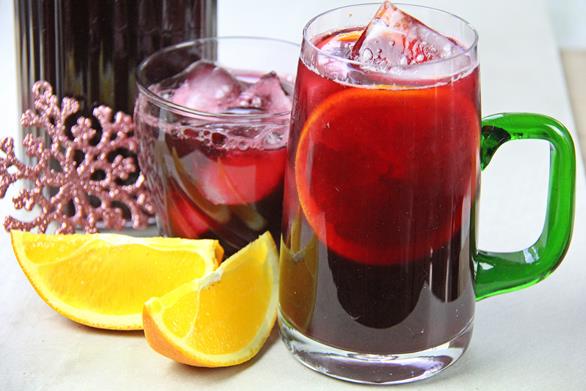 Bring drinks! The holiday season in the Caribbean is all about music, food, family and drinks. Not in that order but you get the picture – fun and merriment! As a kid I looked forward to a chilled glass of sorrel, made from the fresh harvested petals of the Hibiscus sabdariffa plant, which we usually had planted in our kitchen garden. Living in North America means that sourcing fresh sorrel is almost impossible and when you can, it’s insanely expensive.  However we’re very lucky in Southern Ontario to have well stocked stores with the dried sorrel petals. Personally I much prefer using the dried stuff now as I find that the ‘sorrel’ flavor is much more pungent. Today we’ll take the traditional way of making sorrel, toss in some cranberries and spike things with some wicked Caribbean rum, for what I believe is an outstanding holiday Caribbean rum punch.

Note: Since fresh cranberries is widely available in North America this time of the year, originally I wanted to use the fresh stuff. However knowing that it would be easier to source dried cranberries (around the world), I went with the dried stuff. If using fresh cranberries I would use about 2-3 cups of it. 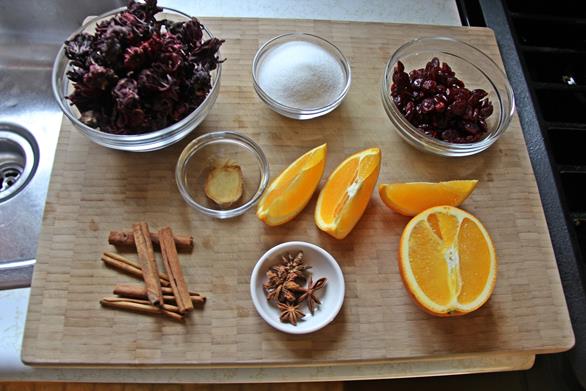 Put the sorrel, cranberries, star anise, cinnamon and orange wedges (you can squeezed the juice of the oranges directly into the pot – keep the skin in there) and top with the water. Bring to a boil, then add the sugar and reduce to a simmer for 10-15 minutes (stir well after adding the sugar to dissolve and sweeten). Turn the stove off and let the mixture steep for about 2 hours. 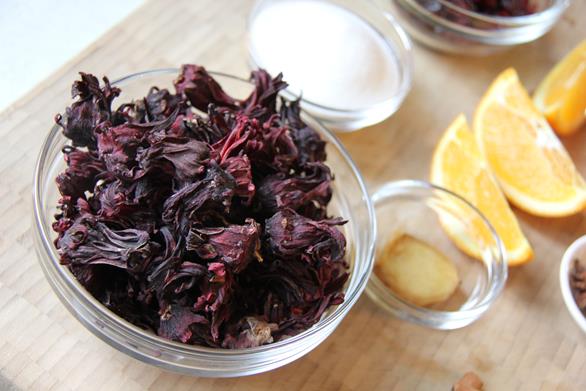 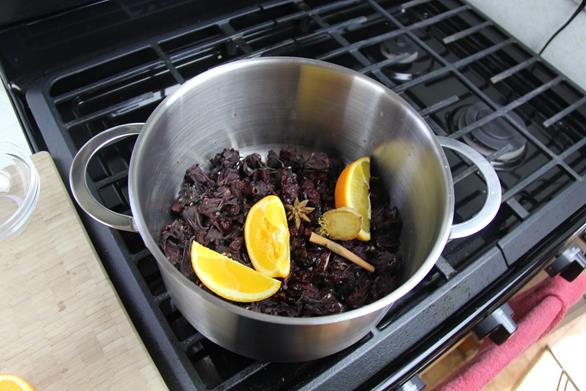 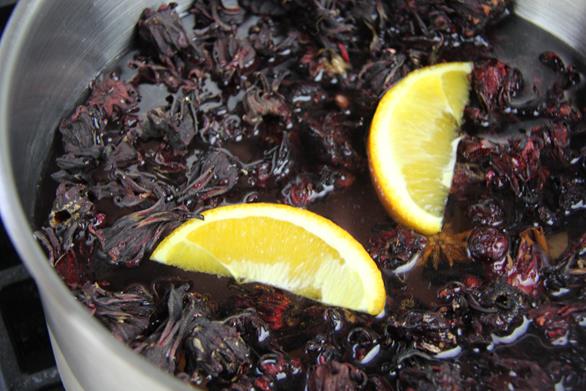 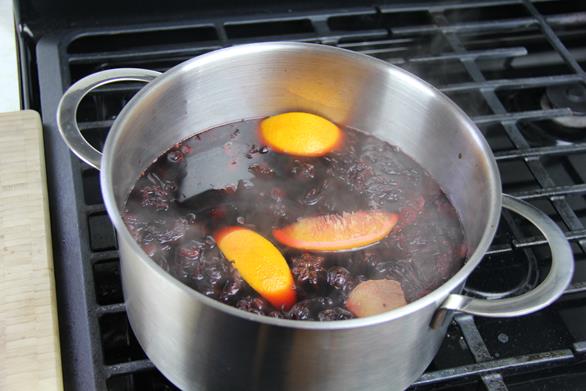 The mixture will take on a rich deep red color and your kitchen will take on the lovely aroma of the season (smells like Christmas). Be careful when doing this step as if it spills it may stain. It should be cool now, so strain (you may have to do this a couple times) into a clean jug or punch bowl and get ready to give it the kick good rum punch MUST possess! Discard the strained stuff. 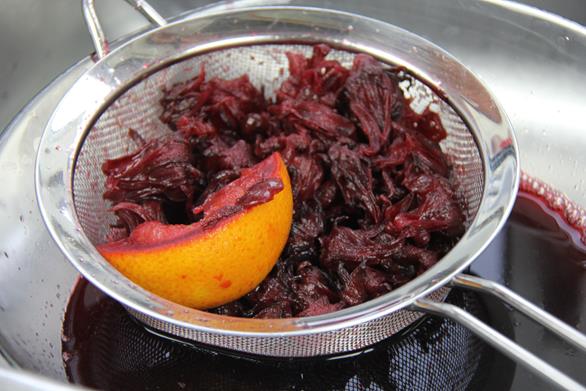 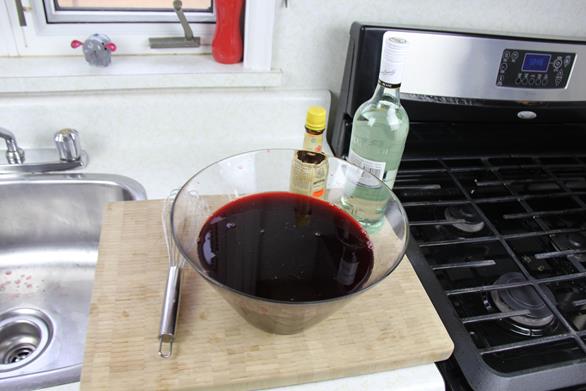 Taste for sugar (adjust to your liking), add the bitters and go in with as much rum as you like. I used white rum as I wanted the flavors of the sorrel, cranberries and slight hint of cinnamon to really shine. but if you want it more spicy, you can use a spiced dark rum. You’ll also notice that I didn’t add any cloves as in making traditional sorrel.. I personally believe it would be too spicy. 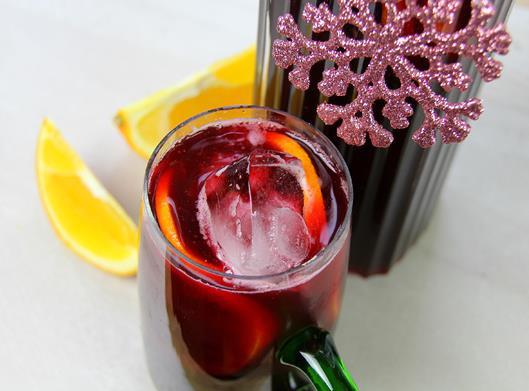 Chill and serve with some slices of orange and remember if you’re adding ice, keep that in mind when sweetening (so it doesn’t get watered down). A perfect twist on both traditional rum punch and Caribbean sorrel drink.. Do leave out the rum if you’re giving the kids some sips! Those kids can get rowdy when intoxicated!