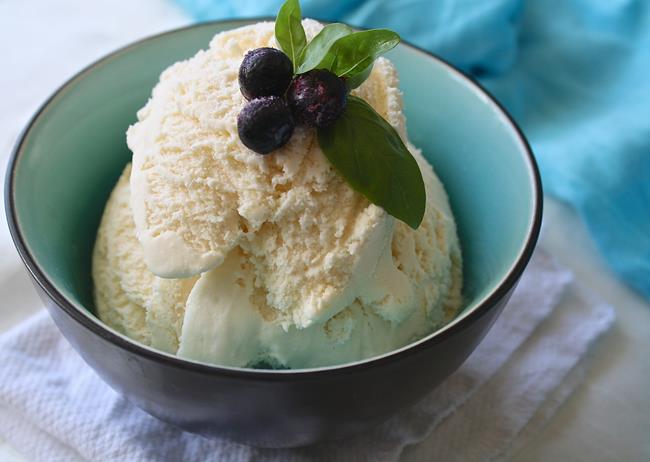 My dad is a BOSS at making homemade ice cream from the many local tropical fruits we had growing in our yard and to this day he still relies on his old hand-crank ice cream maker (aka ice cream pail). According to him, the electric machines just can’t get the consistency correct. Besides coconut, making soursop was his next favorite flavor to make for us. Ice cream making was a sort of weekend tradition, especially when relatives were visiting. As kids we would listen for the sort of labored sound the ‘pail’ would make (as it froze), as we knew it was almost time to enjoy the delightful frozen treat.

While I don’t have access to fresh ripe soursop since I no longer call the Caribbean home, I’ll show you a simple trick to mimic the lovely flavor of traditional soursop ice cream no matter where in the world you’re based.

The trick about using soursop juice is to heighten the overall flavor as fresh soursop would typically do in such ice cream. In a pot bring the 4 cups of juice to a boil, then reduce to a simmer and let that go until it’s reduced in volume by about half. This will intensify the soursop flavor. Put it aside to cool as we work on the sort of custard. 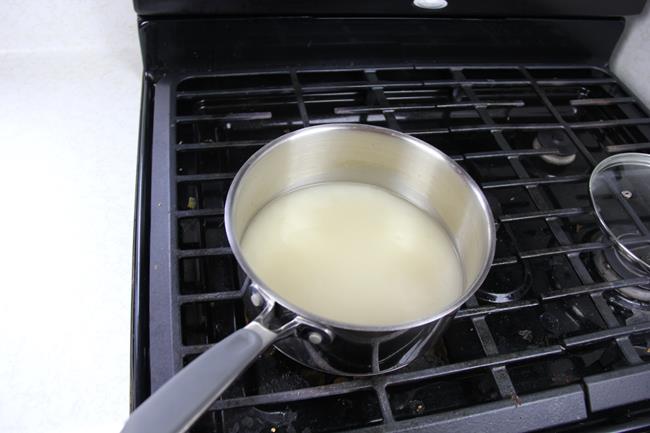 As you remove the reduction off to the side to cool down, grate in about 3/4 of the lime zest. 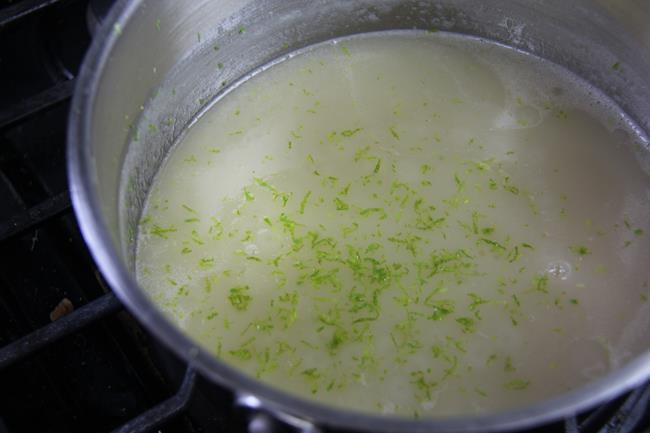 Put the heavy cream on a medium flame and bring to a gentle boil. In the meantime you can add the the egg yolks (yes one broke so the image will show 3 viable) along with the sugar in a bowl and whisk. Give it a go for about 3-5 minutes to break down the sugar and to get it fully combine – it will go pale in color. 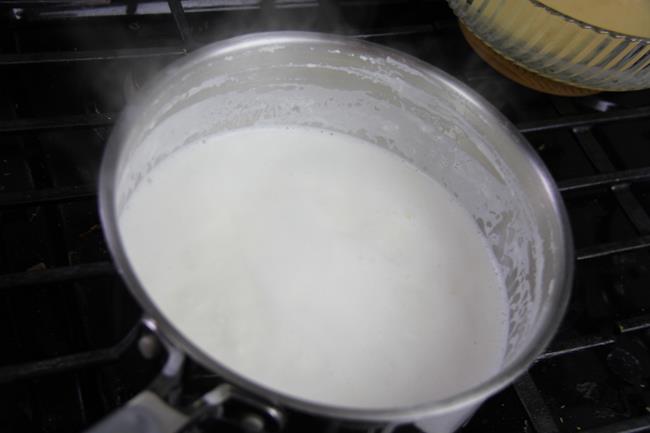 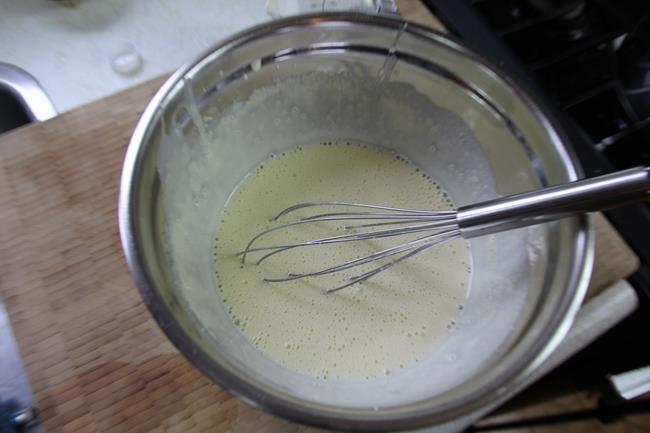 It’s now time to bring everything together. Temper the egg/sugar mixture with some of the warm milk and whisk as you drizzle in the cream, so you don;t end up with cooked/scrambled eggs. Do so until the egg mixture is warm and thoroughly combined. Now add it (whisk as you do) to the pot with the rest of the simmering cream. Give that a good mix and allow to come back to a gentle boil.

It will thicken.. that’s what we want. Now add in the soursop reduction and continue whisking. The idea is to have it thick enough to coat the back of a spoon. When that happens, remove it off the stove, grate in the remaining lime zest and chill in the fridge for 2-3 hours. This will make it easier for your ice cream maker. 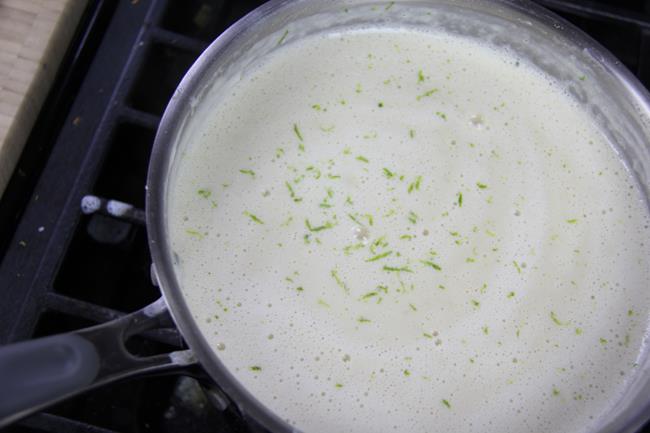 When it’s fully chilled it’s just a matter of pouring the base into your machine and working it according to your machine’s directions. With mine, it took about 25 minutes to make into ice cream. However I like emptying the finished ice cream into a plastic container (with a lid) and placing it in the freezer to firm up a bit more (about 2 hrs). BTW you can enjoy this immediately.. I just like a more firm texture. 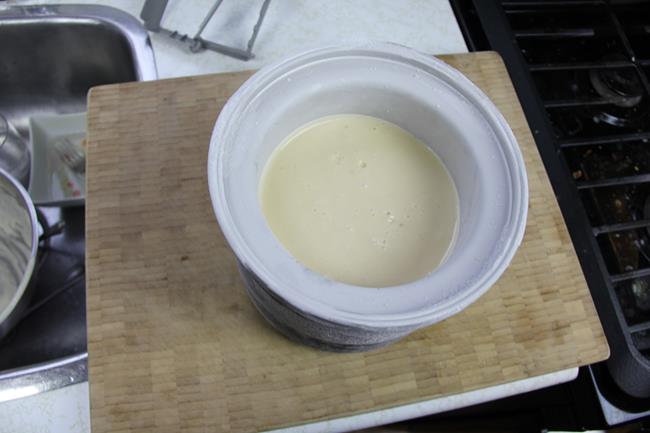 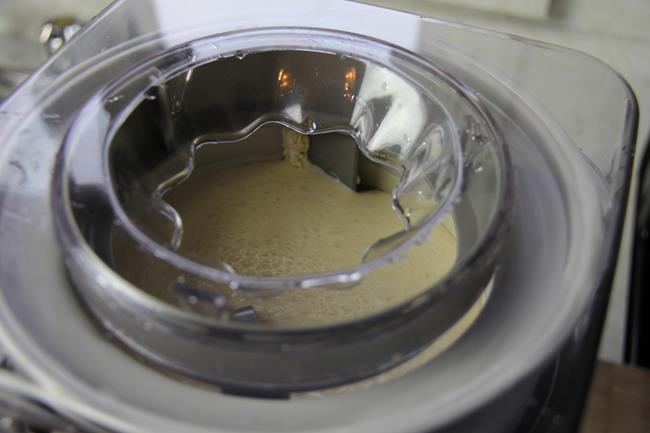 While nothing can replace the traditional way of making this ice cream from fresh sourpsop, this is one of those recipes people who don’t have access to the real deal, will be thankful for. Yes, I can get soursop here in Canada from time to time, but it’s usually $8-$10/lb and the quality is usually terrible (rock hard). With the insanely HOT summer we’ve been experiencing this year, I’m hoping to share a couple more ice cream recipes with you. Up next… Pina Colada! 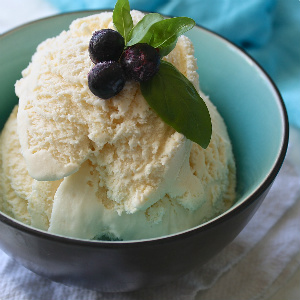