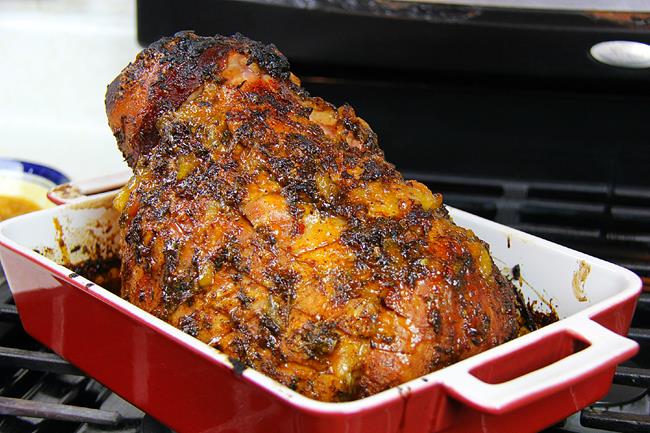 Important. If doing this recipe gluten free, please go through the entire list of ingredients to make sure they meet with your specific gluten free dietary requirements. Especially the Soy Sauce which will need to be replaced with a gluten free alternative.

I used a smoked ham leg which had a thick fatty skin which I removed and I made incisions in a diamond pattern across the ham to allow for the marinade to get in and do it’s thing. 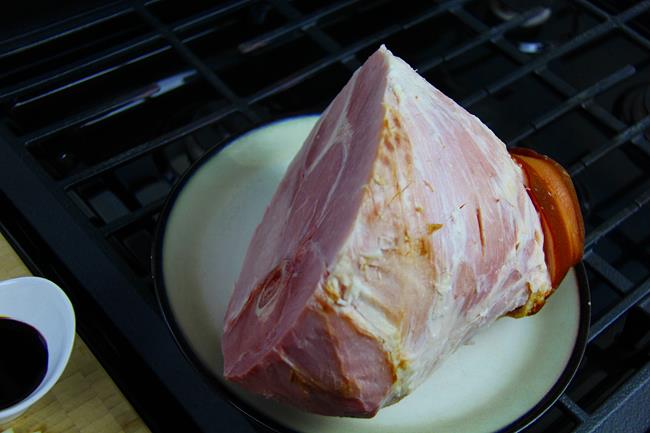 I like using a food processor to make the marinade as I can control the texture/consistency much better this way. S omewhat chunky is the goal. Pulse until you get the consistency you like. I didn’t use any salt as I knew the smoked ham would be salty already, plus the soy sauce is loaded with sodium. 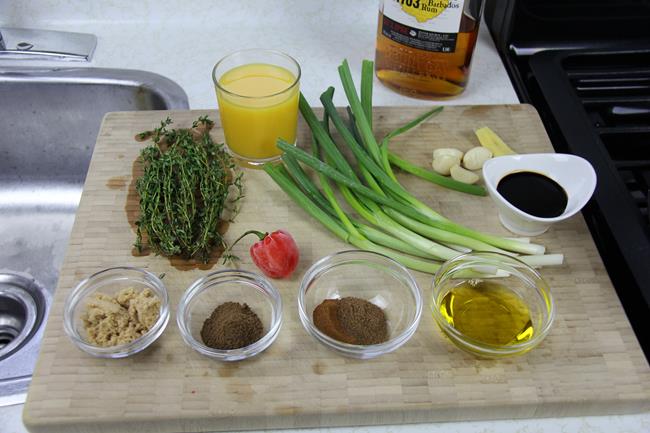 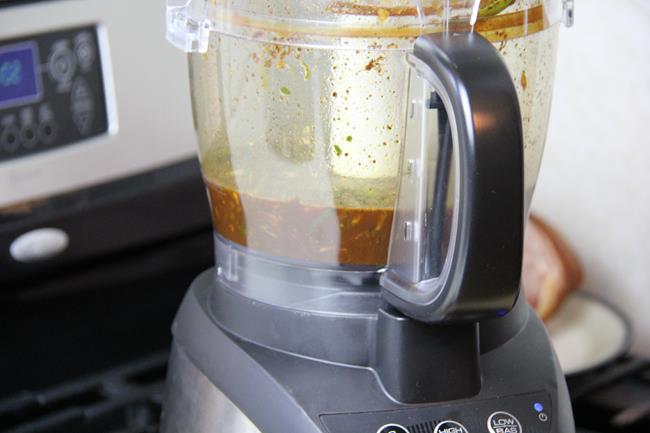 Pour the marinade over the ham and work in with your hands, so some of it goes into the incisions we made. Typically I’d say marinate overnight, but in my case I marinated for 30 minutes. Wash your hands immediately after with soap and water as there’s scotch bonnet pepper in there. 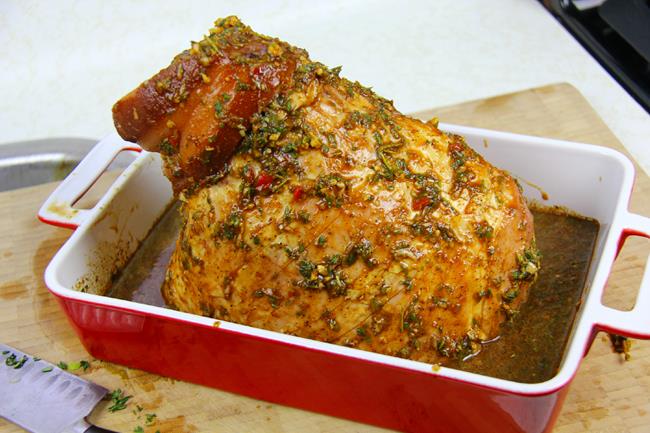 Place into your baking dish and loosely tent with foil to cover and into a 350 F oven on the middle shelf. 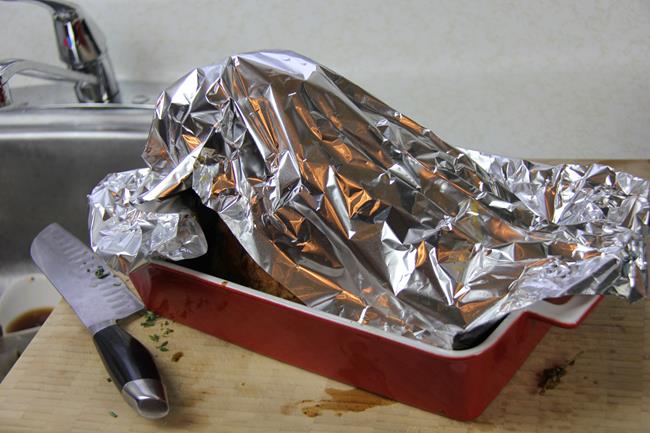 Now it’s time to make the mango pineapple rum glaze. In a saucepan place all the ingredients (except the orange zest) over a medium flame and bring to a boil reduce to a simmer and cook for 40-45 minutes on low. Then crush with a potato masher to thicken things up a bit. Turn off the stove and go in with the orange zest. 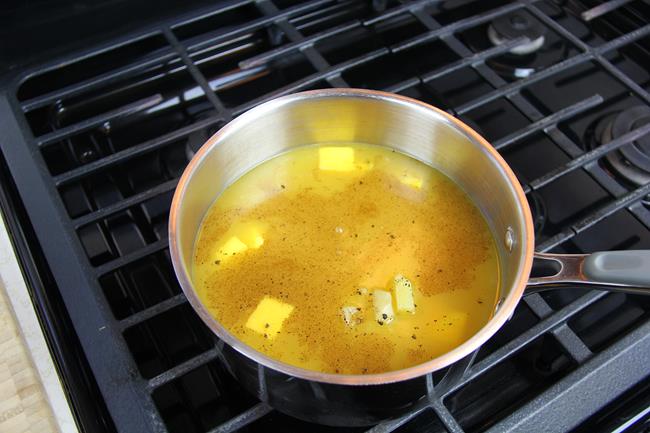 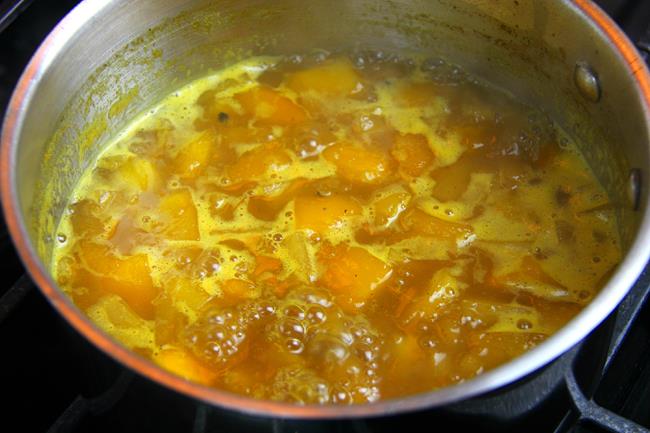 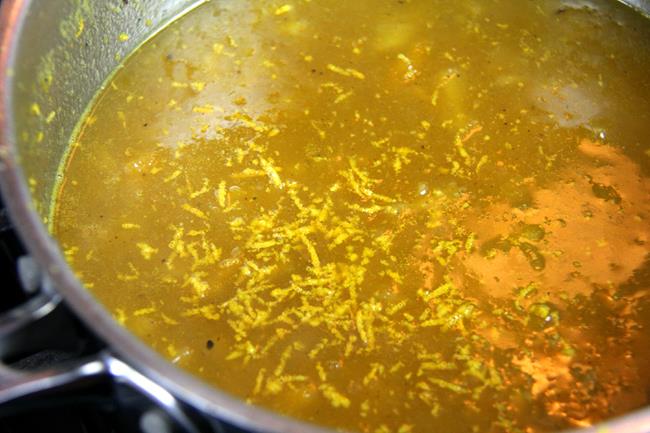 After about 30 minutes in the oven, I used the liquid in the pan to baste the ham every 10-15 or so. 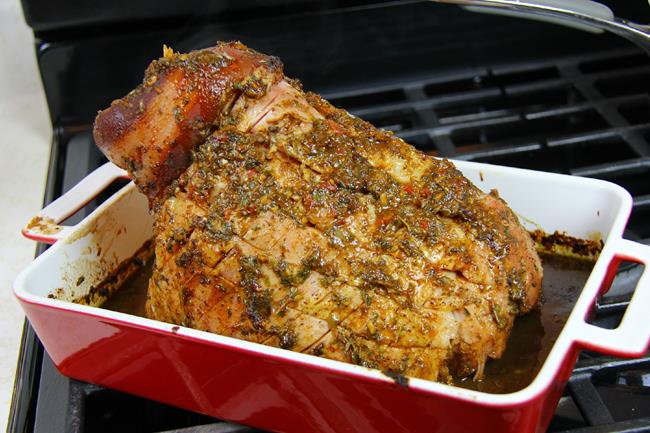 It will take about 10 minutes per pound, so after about 1 hour and 15 minutes I did the following. I turned the heat up to 400 F, removed the foil which was covering it and allowed it back in the oven for another 15 minutes. 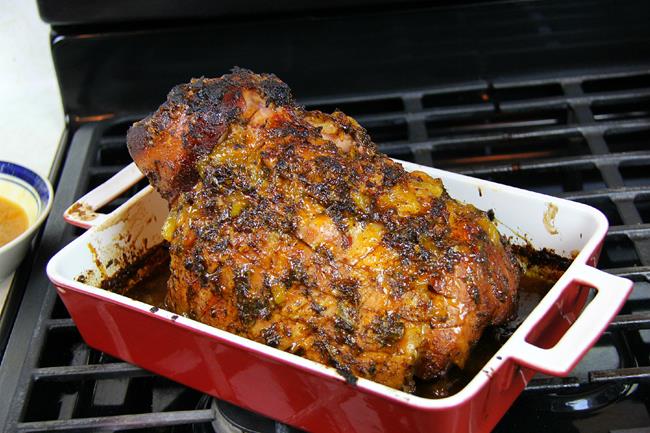 At this point I turned my oven setting to ‘broil’ (about 500 F) and went on with my first layer of the glaze we made. I prefer to spoon it on, as I figured using a brush would remove the jerk marinade which should be cooked on at this point. In total I glazed it 3 times.

IMPORTANT! This glaze (due to the high sugar content)  can burn very easily, so do keep an eye on things. It was 3-4 minutes between each application of glaze and if you’re wondering.. yes it was still on the middle rack of the oven. Feel free to serve this amazing jerk ham with any leftover glaze.

So there you go.. the ONLY way to do ham this holiday season!

Do you own a copy of my cookbook ?- The Vibrant Caribbean Pot 100 Traditional And Fusion recipes Vol 2