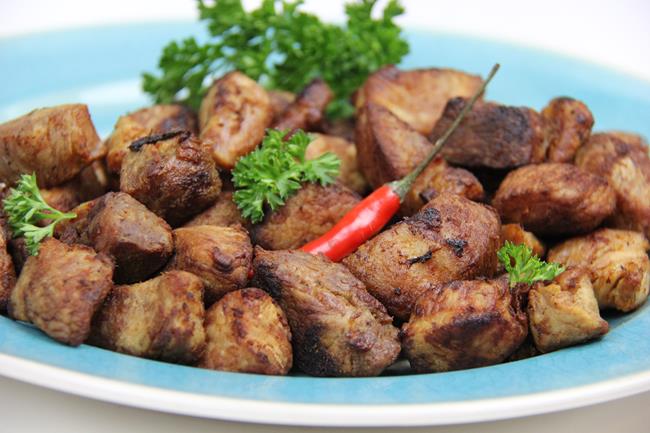 While this is my take on the iconic Haitian Griot, it’s heavily influenced by the way my friend’s mom would make it when I’d find excuses to stay to play Super Mario at their apartment. Pieces of pork (usually a cheap cut with marbling of fat) seasoned with herbs, braised until tender and finally fried until golden and crisp. Back in those days playing Nintendo and patiently waiting for his mom to ask if I’d stay for dinner, my mind was never far from the Pikliz (Picklese) which automatically made it’s way on the table.

* If you cannot source the sour-orange juice, you can use the juice of 1 lime and an orange combined. 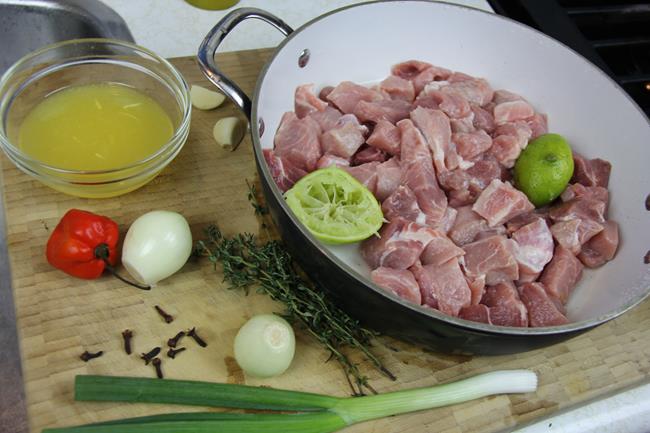 Cut the pieces of pork into 1 inch pieces and wash with the lime or lemon juice along with some cool water. Drain well and season with all the ingredients mentioned above. Stir well, then place in a pot with a lid and on a medium flame. 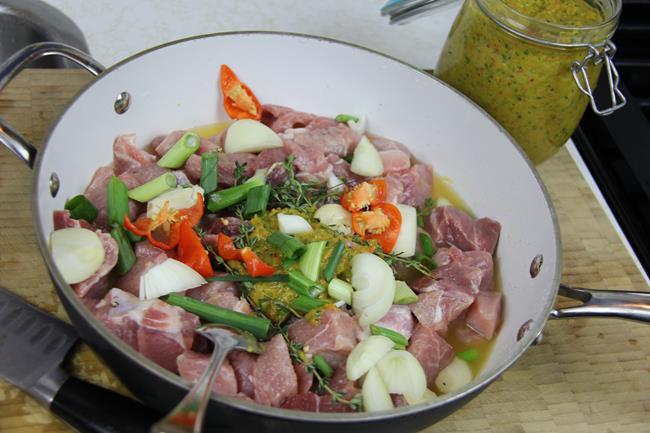 You’ll notice that I included Epis zepizs into my recipe, which for some is not traditional (varies), but since I had some in the fridge I opted for that extra layer of flavor. Place the lid on the pot and bring to a boil. As soon as it comes to a boil, reduce to a simmer (lid on) and cook for about 40 minutes or until the pieces of pork are tender. I used a boneless piece of pork, but can opt for pork with bones. 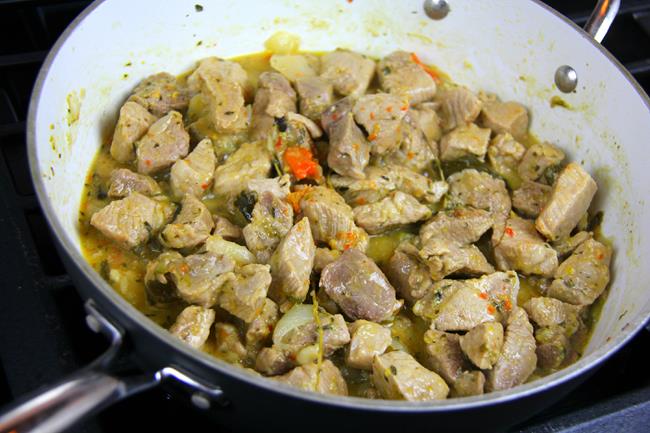 After about 40 minutes remove off the flame, drain and allow to air dry for a bit. 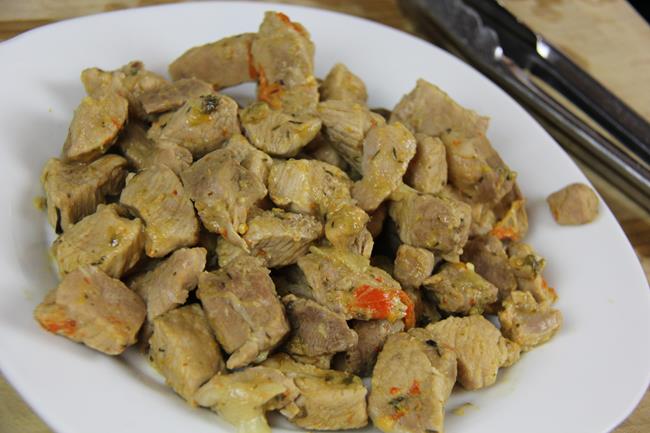 Heat about 2 cups of vegetable oil in a pan (I may have not mentioned that in the ingredient list) on a med/high heat, then add the pieces of pork. It’s important that the pork is dry or the hot oil could potentially jump back at you and you’ll get burned. Fry for about 3-5 minutes – basically until golden with crisp edges. 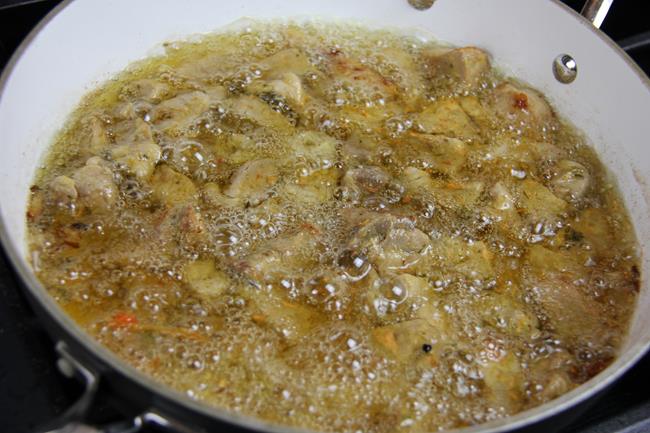 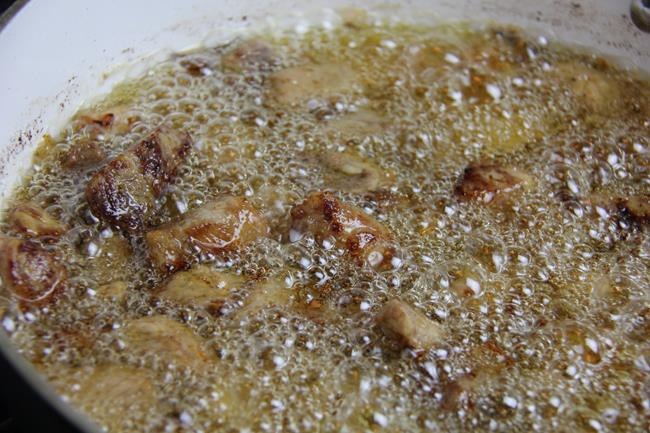 Drain on paper towels and serve warm. If you wanted you can sprinkle on some salt while it’s still hot.. personally the salt we seasoned it with from the start was enough for me. I cut the scotch bonnet pepper to get the full blast of the Caribbean Sunshine, but you can float it whole (don’t break) for a gentle kick. Remember to remove the pepper before draining/frying and to wash your hands with soap and water immediately after handling such lethal peppers. 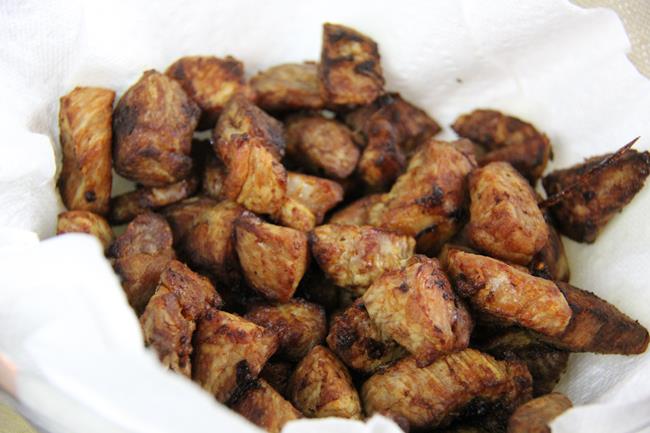 My favorite way to enjoy Griot is on sandwiches, topped with Picklese!