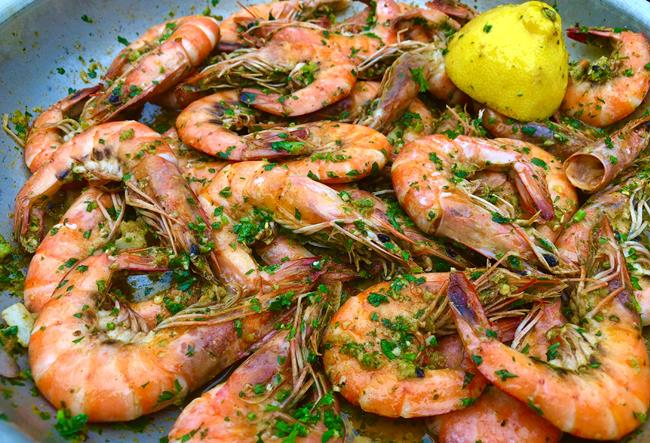 As promised when we made that wicked Green Scotch Bonnet Pesto, here’s the shrimp dish you’ll want to give a test-drive. The natural sweetness of the shrimp is a good balance for the fiery scotch bonnet pesto and by keep the shell on the shrimp.. we’ll have them remain plump and juicy. As mentioned when we made the scotch bonnet pesto, this is not a traditional Caribbean recipe, but something I’ve developed.

Important! I used shrimp with the shell and heads on as I wanted the flavor the shell provides when cooked, plus it acted as a means of protecting the shrimp from over-cooking. No, I did not devin the shrimp (too lazy) but you’re free to do so. 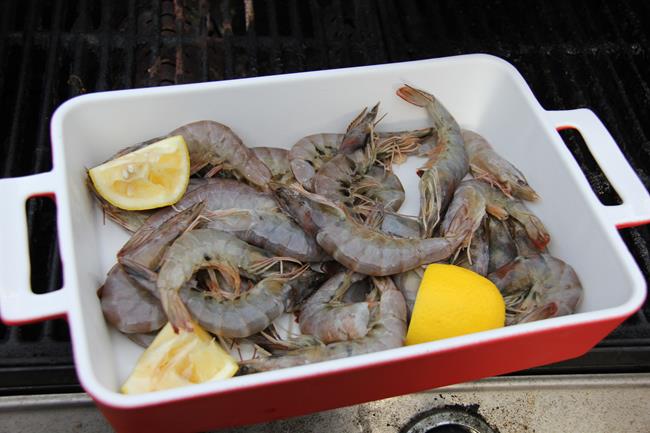 Trim off the long feelers (not sure what the correct term is) and wash well with the juice of a lemon and some cool water. Drain and set aside. Then heat the oil on a low flame in a wide pan. I opted to do this dish outside as I know a well ventilated room will be needed due to the fumes when the pesto hits the heated oil. If you’re doing this indoor, open a window and turn on the fan over your stove. Go in with the garlic and cook for about 25 seconds. We don’t want to burn the garlic. 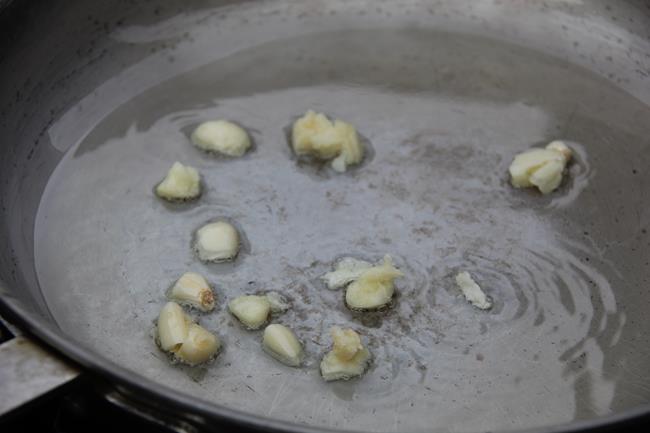 Then start adding the clean shrimp to the pot (raise the heat to med high) and stir well. 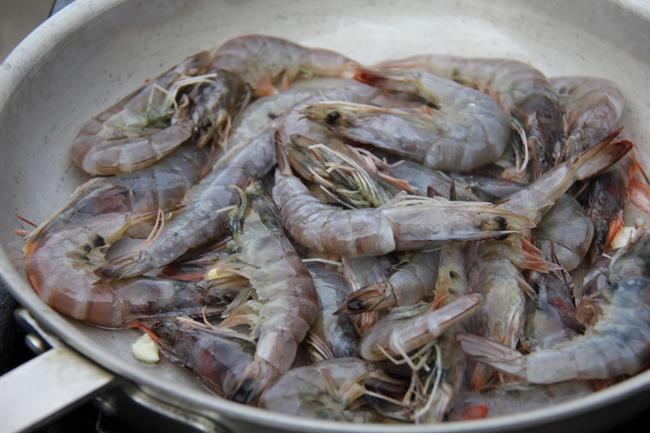 Go in with the black pepper and salt and after about 2 minutes, add the smoked paprika. Keep tossing around so the shrimp cooks evenly. 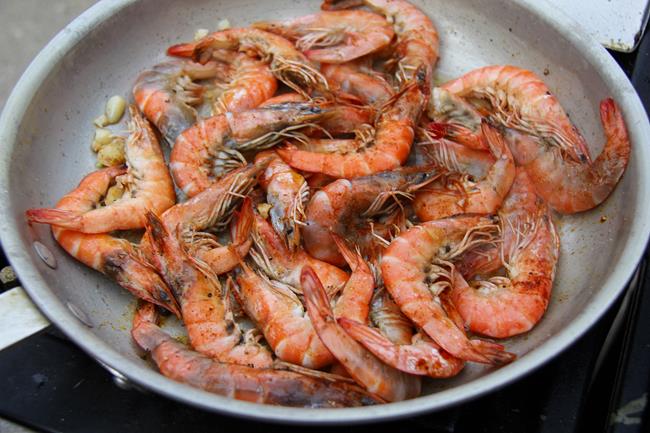 It’s now time to add the Green Scotch Bonnet Pesto and stir well. Cook for another two minutes to combine all the flavors, then turn off the stove. Immediately after, go in with the parsley and squeeze in the juice of 1/2 a lemon. You’re done! 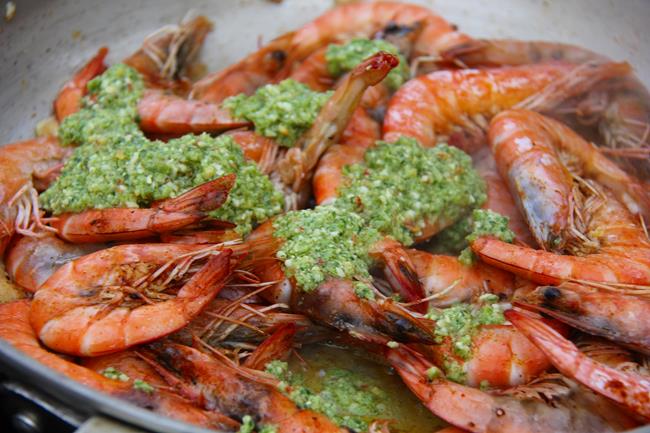 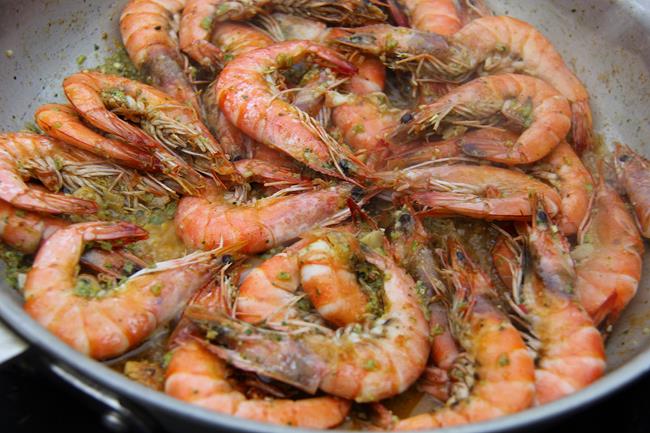 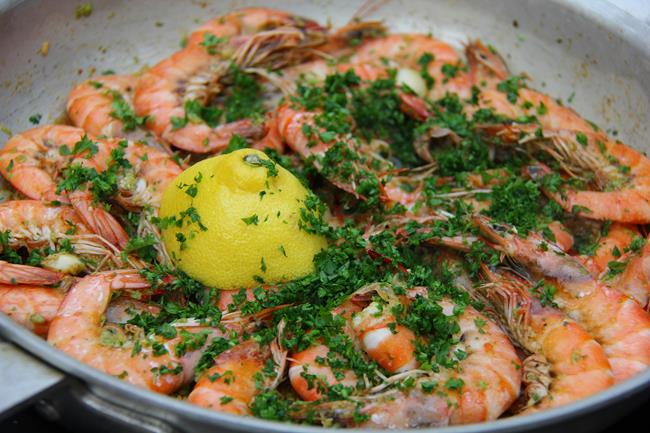 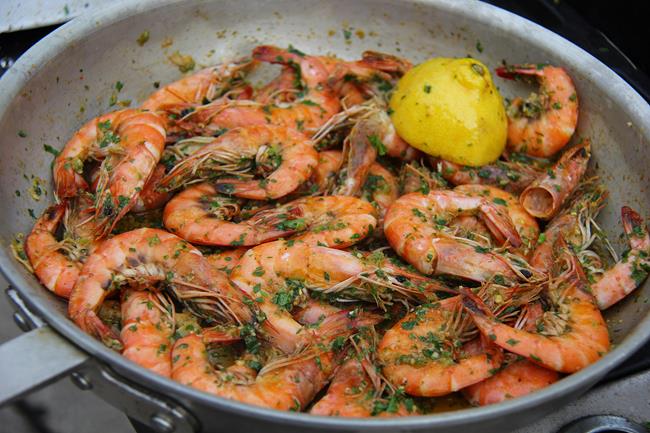 Serve as you would any shrimp dish, but my fave way is to dip crusty bread in the sauce which forms at the bottom of the pan and get messy ripping apart the shells etc. Excellent with cold beer on the side.. just saying.

Do you own a copy of my cookbook ?- The Vibrant Caribbean Pot 100 Traditional And Fusion recipes Vol 2