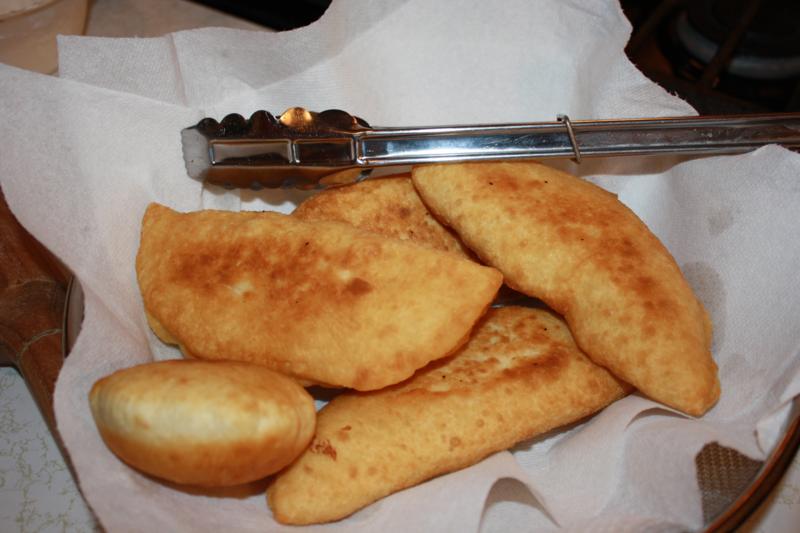 After many requests from readers I got my mom to help me with making this Aloo Pie recipe. Aloo is simply potato and though it’s called a pie, it’s not what most people outside Trinidad and Tobago envision when they hear the word pie. It’s basically potato filling in a dough, that’s deep fried and it’s one of the many quick delights you can buy at many of the street food vendors throughout the islands.

As I mentioned above, I had my mom’s help in making this dish as I find that I never learn to make dishes I don’t really like. As a kid on the islands, my thing was “doubles” and to be quite honest I can safely say that I’ve only had aloo pies about 4 times.

* Edit: It was pointed out that I forgot to list the amount of water needed for making the dough. Use between 1/2 and 3/4 cup of water.

You have two options when it comes to the potatoes. You can peel, cut in half and boil till tender. Or you can cut in half, boil and peel after it’s cooled a bit. Basically… put the potato into a pan with enough water to cover and bring to boil. Then allow to boil gently until you can pierce it with a knife without any real resistance. As the potato boils, lets prepare the dough. 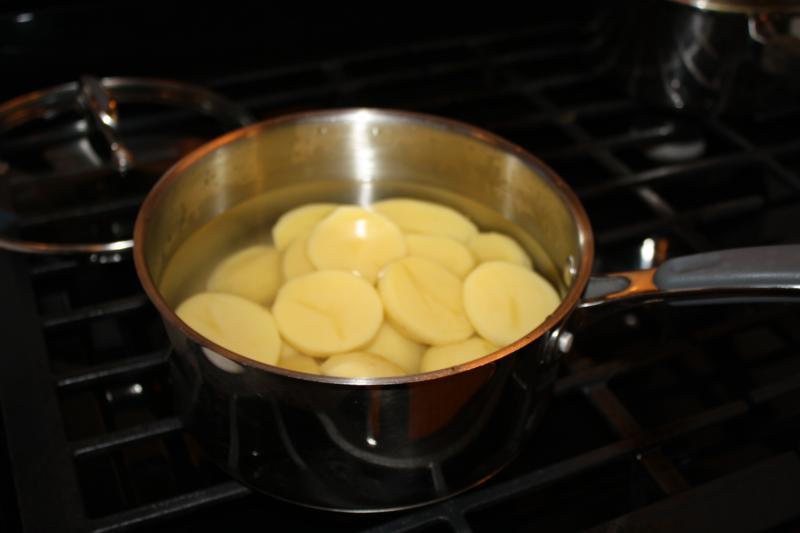 In a bowl place all the ingredients mentioned above for the dough and add 1/2 of the water. Work well and add water as needed. You’re looking for a well worked dough, that’s smooth and somewhat firm. Allow this rest as least 15 minutes at room temperature and the bowl covered with plastic wrap. 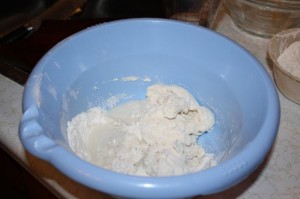 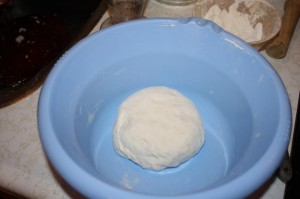 The potato should be fully cooked now. In a bowl, add the salt, garlic and hot pepper and crush to a fine paste, then add the cooked potato and mash. The goal is to have a smooth texture (no lumps). The final step in preparing the filling is to add the geera and stir everything well. You can use a mortar and pestle to crush the garlic and pepper, then use a potato masher to mash the potato. 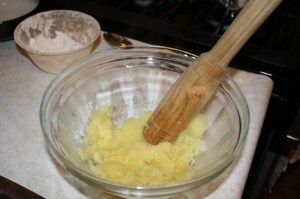 The next step is to make the dough ball we created 15 minutes ago into 4-5 smaller balls. Then dust your surface with flour and roll out with a rolling pin  to form small circles about 6-8 inches in diameter. Add some of the potato filling we created to half of the circle (of dough), but leave room on the edges to allow us to seal the package. Flip the side that there’s no filling over and using a fork, press down to make a seal. You’re making 1/2 circle filled dough package (see pics below). When you seal with the fork, flip over and do the same thing on the other side, as you don’t want it opening during the frying process. 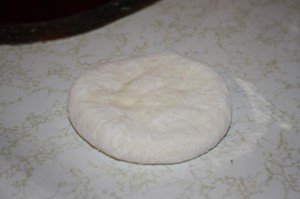 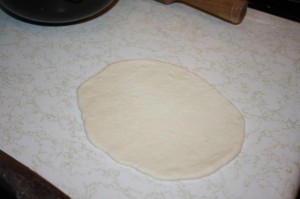 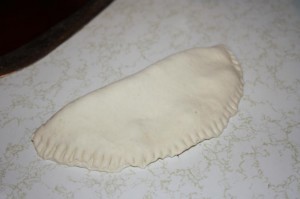 In a fairly wide pan, heat the oil on a medium high heat and then fry. Place into the oil (be careful) and within seconds, flip to the other side. This quick action helps achieve a perfectly shaped pie. Now cook for about 2-3 minutes on this side, then flip back to the side you started off on and cook for another 2-3 minutes. Basically you’re looking for a golden brown colour. If you find that it’s going dark fast, turn down the heat on the oil. 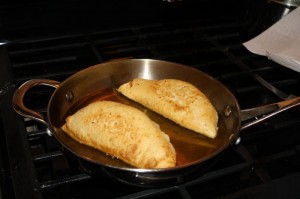 I think it’s the geera that’s in this recipe that prevents me from never really giving it much of a chance, as it’s one of those spices that I just have no love for. I recall lunch time during my school days in Trinidad the kids would rush out to the food vendors to get their aloo pie and they would get the vendors to cut them open and put curry channa (chick peas) and that was usually topped with some sort of chutney or pepper sauce. Usually the hit was tamarind sauce.

Don’t forget to leave me your comments below, even if it’s just to say hello. It’s appreciated. And don’t forget to join us on Facebook, where you’ll get more insight into the true culinary culture of the islands. Click on the image below to get started.