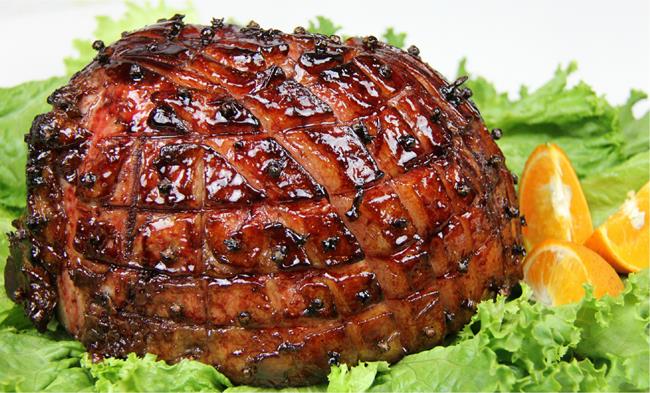 After posting this recipe on FaceBook someone commented “Sorrel only make for drinking” and while when I was a kid on the islands I would have agreed, seeing what creative cooks/chefs are now doing with sorrel, I know better. I’ve had sorrel cake, cheese cake, relish, ice cream, pudding.. even a sangria or two, just to name a few of the exciting ways sorrel is being put to use. Since sorrel plays such a huge role in the culinary Christmas landscape in the Caribbean, I though I’d rock a sorrel glazed ham this year.

Note: Cooked ham – cook 10 mins / lb. From raw, cook 20 mins/lb. I did use the pineapple and some of the re-hydrated sorrel petals to make a chutney. However I did not include the recipe here, but you can follow along in the video down below. 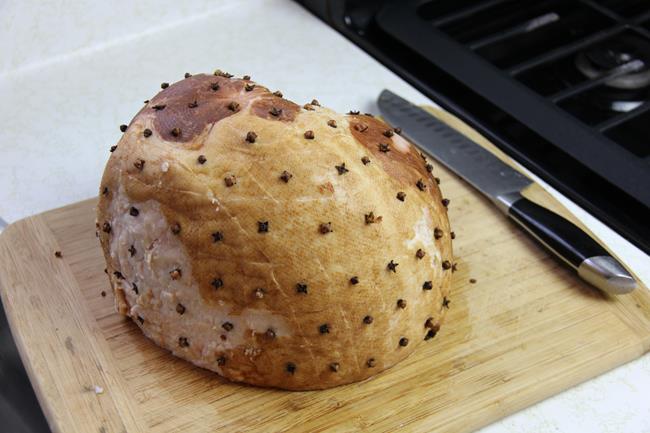 I gave the ham a cross pattern cut, about 1-2 mm deep as to make the glaze absorb into it later on and for the fat to render down a bit. Plus it looks gud when it’s done baking. In each square (or diamond) pierce in a clove (watch the video below). Preheat your oven to 350F.  Place the ham on a tin-foil lined baking tray and surround it with the pineapple spears (wedges). Cover with tin-foil loosely and go into the now hot oven on the lower rack. 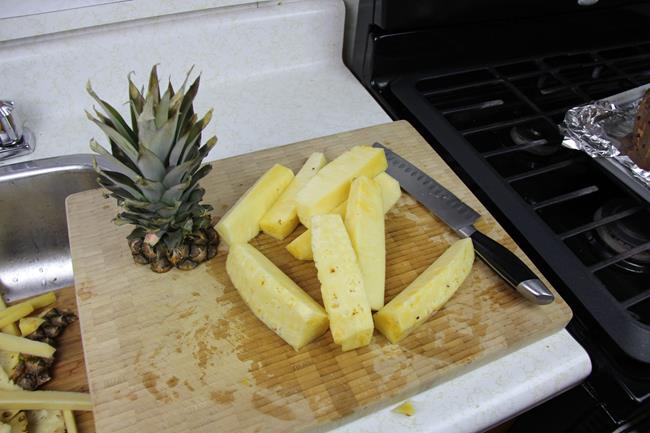 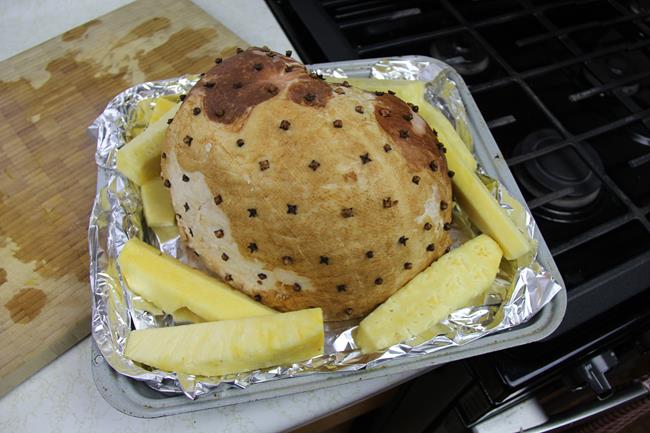 It’s now time to start the sorrel glaze. Place all the ingredients listed above for the Sorrel Base in a deep pot and bring to a boil, then reduce to a simmer and cook for about 20 minutes. Then turn off the stove and allow this to steep for about 30 minutes. 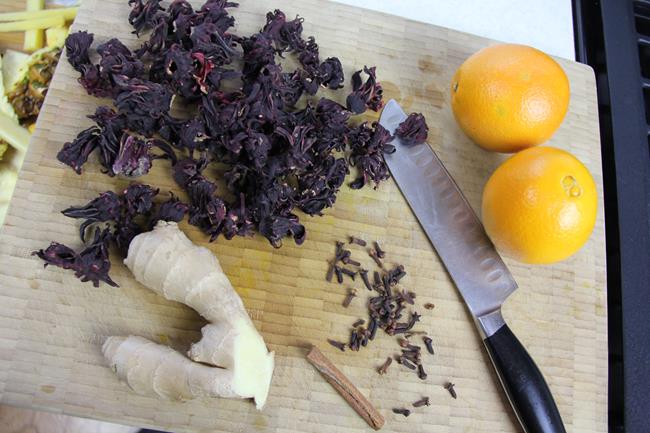 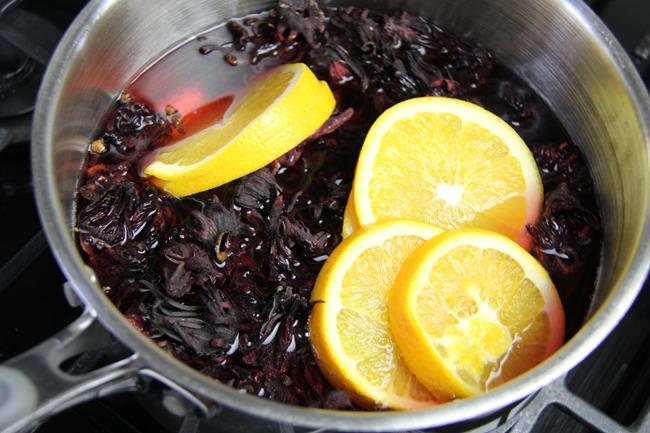 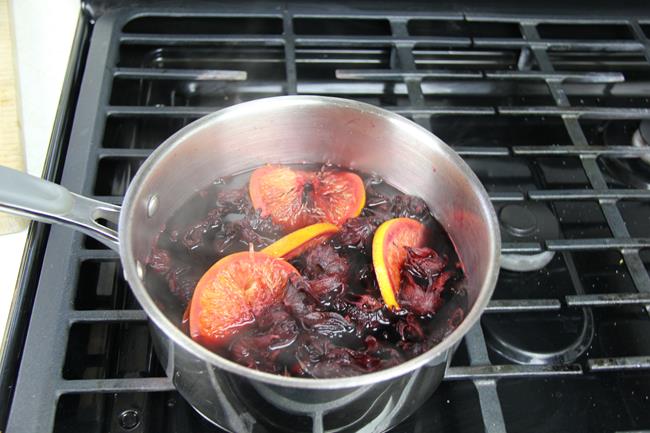 It’s now time to strain the base into a smaller pot, bring to a boil and add the ingredients listed for the Sorrel Glaze. 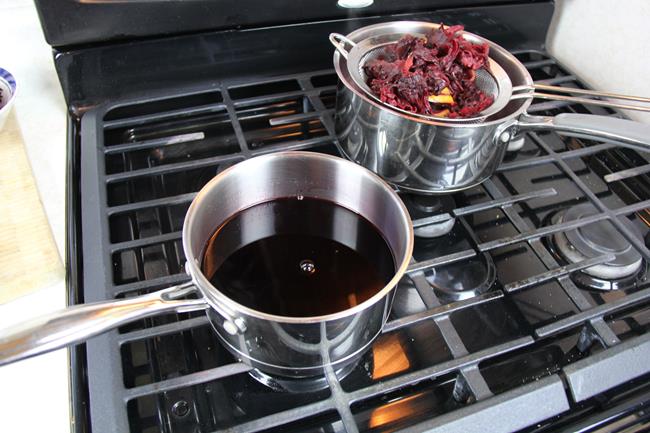 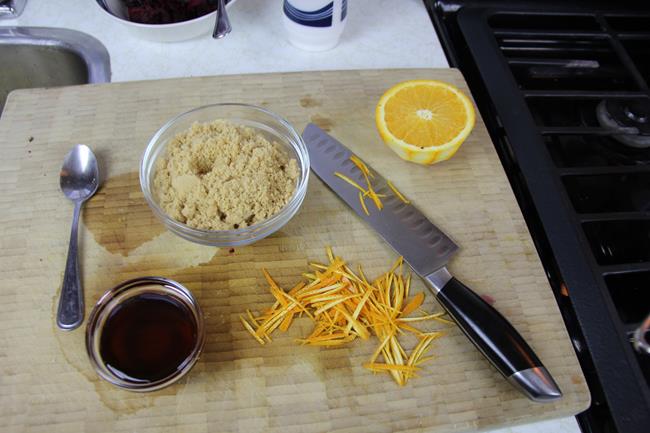 Keep it on a rolling boil as we want this to reduce by at least half.. closer to 2/3. So we have a thick and sticky sorrel glaze for the ham. Speaking about the ham, after 50 minutes, remove the tin foil and cook for another 30 minutes (see above comment about how long to cook your ham above).

After which it’s time to crank-up the oven to 400F (remove the pineapple pieces to make your chutney.. or roast further on the high heat for an amazing treat) and brush on your first coat of sorrel glaze. 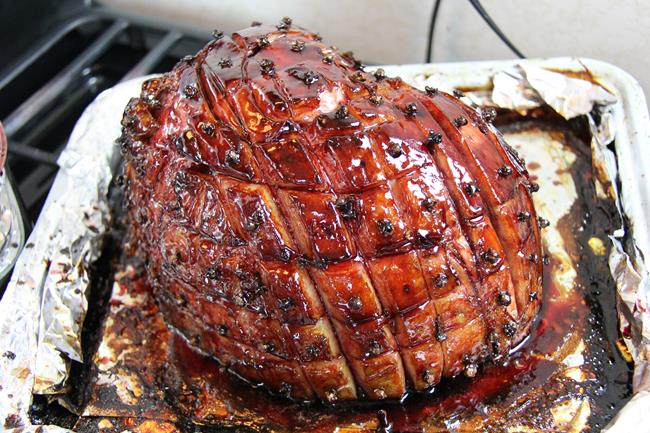 Continue glazing every 5-7 minutes, until you have something looking gorgeous. I did it about 5 times in total (I think). Any leftover glaze can be used when serving the ham or to put on top of ham slices if you’ intend on enjoying some sandwiches with the leftovers. 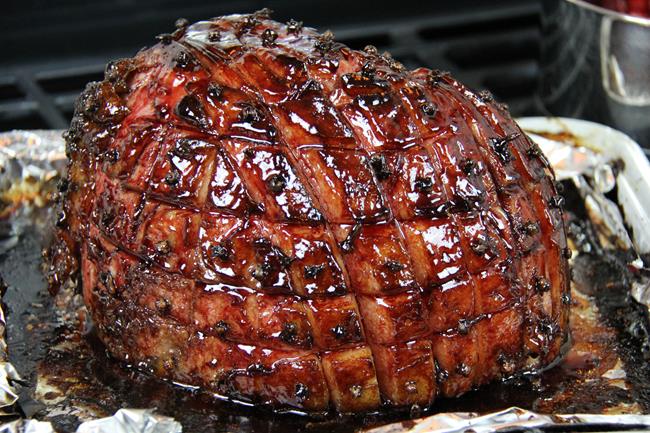 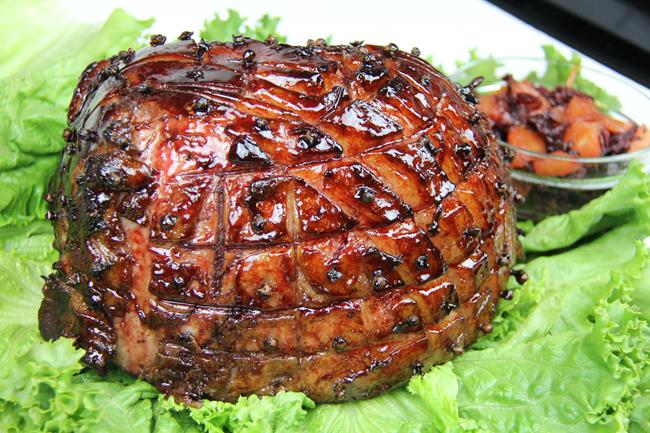 YES! A wicked way to put such and iconic Caribbean Christmas ingredient to use! BTW, this same glaze can be poured (when cooled) on a basic cheese cake or on your fav vanilla ice cream with delicious results.